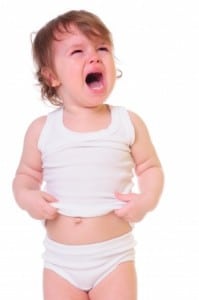 For years, we’ve been told that physical aggression in toddlers is influenced by social environment and exposure to violence on television and in the home. However, a new study suggests that, while these are important factors, there may actually be some genetic factors that influence aggression in young children. And, according to Eric Lacourse, lead author on the study, those genetic factors may play an even bigger role than environment.

Lacourse and his colleagues from the University of Montreal and its affiliated CHU Sainte-Justine Hospital came to this conclusion after testing three general patterns regarding the roles that environment and genetic factors play in the development of physical aggression.

The first scenario followed the general consensus, that both factors are ubiquitous and involved in the development and stability of physical aggression. The second involved a “genetic set point” model, in which a single genetic factor could account for the level of physical aggression over time. The third pattern was the “genetic maturation” model, in which new sources of genetic and environmental contributions came with age.

“According to the genetic maturation hypothesis, new environmental contributions to physical aggression could be of short duration in contrast to genetic factors,” Lacourse told Science Daily.

Lacourse’s study used a twin cohort to help them determine the influence of both genetic and environmental factors in physical aggression. Originally conducted by Michael Boivin of Laval University and Richard Tremblay, of the University of Montreal and University College Dublin, the cohort included 667 twin pairs. Some from the same embryo, which makes them identical, while others were dozogytic, which means they came from different embryos and are not identical.

In this particular cohort, mothers were asked to rate their twins on physical aggression. They reported on behavior like hitting, biting, kicking and fighting at 20, 32, and 50 months. Results found that physical aggression typically started during infancy and peaked between the ages of 2 and 4. This gap in peak time during early childhood indicated that there are some substantial differences in the frequency and onset and rate of change in physical aggression over a lifespan, which could mean that genetic variances are responsible for about half of all variances in aggression across the entire population.

“The results of the gene-environment analyses provided some support for the gene set-point hypotheses, but mostly for the genetic maturation hypothesis,” Lacourse said. “Genetic factors always explained a substantial part of individual differences in physical aggression. More generally, the limited role of shared environmental factors in physical aggression clashes with the results of singletons in which many family or parent level factors were found to predict developmental trajectories of physical aggression during preschool. Our results suggest that the effect of those factors may not be as direct as previously thought.”

Still, despite the evidence, Lacourse doesn’t believe that parents should just ‘accept’ aggression in their children. There are ways in dealing with it, teaching a child new coping mechanisms, and hopefully curbing aggression during the early years to keep it from being a life-long issue.