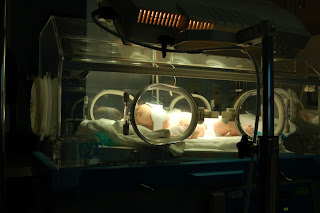 Researchers from The University Of Montreal have found that pregnant women who consume flaxseed oil are four times more likely to deliver their babies prematurely.

The study has found that the risks of a premature birth quadruple if flaxseed oil is consumed in the last two trimesters of pregnancy.

A majority of pregnant women prefer to use natural health products during the pregnancy.

Many moms-to-be believe these products to be safe because they are natural. But in reality, they are chemical products and we don’t know many of the risks and benefits of these products contrarily to medication, said Professor Anick Berard of the Universite de Montreal’s Faculty of Pharmacy.

In the study involving 3354 Quebec women the only one product had a very strong correlation with preterm births was flaxseed oil.

In the general population, the average rate of premature births is 2 to 3 percent. But for women consuming flaxseed oil in their last two trimesters that number jumps up to 12 percent, said Berard.

This is scary to me because I take flaxseed oil to get my Omega 3’s. I guess you can’t win – you eat fish for Omega 3’s and run the risk of mercury or take flaxseed and have your baby early…