Home » Study: Pregnant Women Who Do Aquarobics Have Easier Deliveries 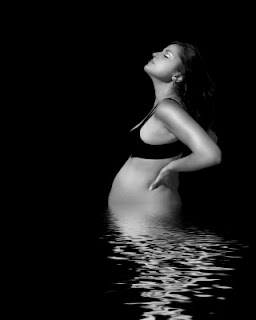 Research published in BioMed Central’s open access journal Reproductive Health has shown that, as well as being safe, water aerobics classes has been shown to reduce the amount of pain-killing medication women request during labor.

Rosa Pereira led a team of researchers from the University of Campinas (UNICAMP), Sao Paulo, Brazil who investigated the effects of the aquarobics class on a group of 71 expectant mothers.

About half of the women were randomly allocated to attend three 50-minute sessions a week over the course of their pregnancy, the others did not take part in the water aerobics.

Heres what they found:

While there was no significant differences in the duration of labor or the type of delivery between the two groups – only 27% of women in the aquarobics group requested analgesia, compared to 65% in the control group. This represents a 58% reduction in requests.”

Exercise during pregnancy has been the subject of much debate, the main concern being that it may interfere with fetal/placental demands, increasing the risk of abnormalities or compromising fetal development or growth. The researchers found that there was no harmful effect on the cardiovascular health of the women who practiced water aerobics. Pereira said,

“We’ve shown that the regular practice of moderate water aerobics during pregnancy is not detrimental to the health of the mother or the child. In fact, the reduction in analgesia requests suggests that it can get women into better psycho-physical condition.”

With just a few weeks to go, I wonder if I can get in on this….