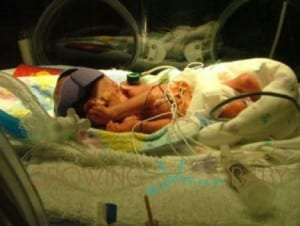 Being born prematurely carries a number of risks, many of which could last a lifetime. New research, conducted by Dr. Julia Pitcher and Dr. Michael Ridding from the University of Adelaide’s Robinson Institute has found yet another possible long-term complication: brain development problems could directly affect memory and learning abilities into the teenage years, and possibly for the duration of life.

These findings come after the researchers analyzed differences in brain function and cortisol levels of preterm adolescents with those of both adolescents and adults born at term.  Brain function was determined through the use of a non-invasive magnetic brain stimulation technique. This test, designed to induce responses from the brain, measures the plasticity of the brain – a vital component for learning and memory.

“Plasticity in the brain is vital for learning and memory throughout life,” Dr. Pitcher told Medical News Today. “It enables the brain to reorganize itself, responding to changes in the environment, behavior and stimuli by modifying the number and strength of connections between neurons and different brain areas. Plasticity is also important for recovery from brain damage.”

After comparing the results, researchers found that term-born teens had the highest level of plasticity. Teenagers born preterm had reduced plasticity when compared to both term adults and peers.

“Preterm teens also had low levels of cortisol in their saliva, which was highly predictive of this reduced brain responsiveness,” Dr. Pitcher said. “People often associate increased cortisol with stress, but cortisol fluctuates up and down normally over each 24-hour period and this plays a critical role in learning, the consolidation of new knowledge into memory and the later retrieval of those memories. This might be important for the development of a possible therapy to overcome the neuroplasticity problem.”