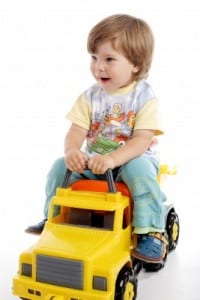 According to a new study, the rate of toddlers and young children taking antipsychotic medications has doubled in recent years. Yet little is still known about the effects these drugs could have on those so young.

Dr. Mark Olfson, a professor of clinical psychiatry at Columbia University, headed the study and is worried about what effects these types of strong medications could have. Antipsychotic medications are rarely needed to be prescribed to children aged 4-5, and only as a last resort when no other therapeutic treatments are working. However this new study shows that the number of children is increasing, with questionable means.

Dr. Olfson noticed that in 1999-2001, only about one in 650 5-year-olds were medicated with antipsychotics. By 2007, however, this number had risen to one in 329. Less than half of these children had received mental health treatment from a psychotherapist or psychiatrist. This study raises the question of whether doctors were effectively making use of all therapeutic options before turning to medications.

The most common antipsychotic being prescribed to these young children is risperidone, a medication commonly is used to treat schizophrenia and bipolar disorder in teens and adults. For young children it is prescribed for attention deficit/hyperactivity disorder and disruptive behavior disorder, as well as mental retardation and mood irritability in autistic children.

This reported trend is causing some concern among health officials. There is not enough research yet on the effects of powerful drugs on children younger than 5. According to Dr. Jensen, co-director of the division of child psychiatry and psychology at the Mayo Clinic

“With kids who are 2 to 5, most can be managed without these medicines. Rarely a 5-year-old goes on them. But a child of 2 or 3, in my experience, I have never had to put them on [an antipsychotic]. There is so much else that can be done.”

The study is published in the January issue of the Journal of the American Academy of Child & Adolescent Psychiatry.