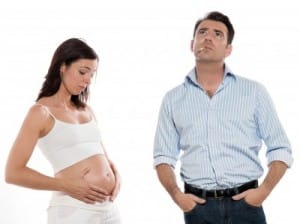 We’ve known for quite some time that smoking while pregnant can result in a number of health complications for the unborn child. Some studies have linked predictable issues like asthma and premature birth. However, there have been other studies that have linked less obvious issues to smoking during pregnancy – behavior issues, aggression and attention deficit hyperactivity disorder, just to name a few. But few studies have looked at the effects of secondhand smoke exposure during pregnancy. A recent study led by Jianghong Liu, associate professor of nursing at the University of Pennsylvania School of Nursing did just that.

In their study, Liu and colleagues evaluated more than 600 mother-child pairs from Jintan, China. Mothers were asked to recall how often they’d been exposed to secondhand smoke during pregnancy. Children were also evaluated for behavior problems at the ages of 5 or 6 using a common behavior scale to see if that exposure resulted in a higher prevalence of behavior issues among children.

This is a population in which smoking among women is very low. In fact, a previous study estimated that less than 2 percent of Chinese women. However, second-hand smoke exposure tends to be relatively high; about 37 percent of mothers reported exposure during the study.

“This study is pretty novel in that it’s a population of women where active smoking rates are very low, yet passive exposure is high, which allows the researchers to really hone in on the effects of environmental tobacco smoke during the prenatal period,” Heather Volk, an epidemiologist at the University of Southern California, who was not involved in the study, told the Huffington Post.

And, according to the data, exposure during pregnancy did have an impact. Of the mothers who’d reported exposure, about 25 percent of children showed attention and aggression problems. This was compared to the 16 percent of children with the same issues who hadn’t been exposed to prenatal secondhand smoke.

However, the study did not take certain information into account. For example, health issues have been linked to secondhand smoke exposure in babies; the study did not evaluate this aspect of exposure, despite the fact that about three-quarters of the fathers in the study who’d stopped smoking while their wives were pregnant resumed smoking once their babies were born.

What’s more, a recent study from Canada indicates that children from China may end up experiencing more exposure to the heavy metals found in tobacco products. When compared to the tobacco products found in Canada, researchers found three times as much lead, arsenic, cadmium and the like in Chinese tobacco products. These metals have been linked to a number of issues, including behavior problems.

Still, the information in the study presents something to think about. And it brings us back to the original message: tobacco exposure of any kind isn’t good for anyone.

“Tobacco and nicotine are truly bad toxicants with lifelong consequences,” Yolton said. “Pregnant women need to protect that fetus from any level of smoking exposure.”