Home » Study: Siblings with Autism may Have Different Forms of the Disorder

Research for autism has been slow-going for a number of reasons, but one of the biggest is that there are several different “types” of autism. Determined by which gene or genes are mutated, each type results in different abilities, deficits, and behaviors. Thus, the best and most successful therapies, medications, and treatments may be different for each type.

Of course, one would think that, if two siblings have autism, they would have the same type. After all, they have similar genetic make-ups and they both have autism . . .right?

According to an International study conducted by the Centre for Applied Genomics at Toronto’s Hospital for Sick Kids which looked at 85 families with two children affected by autism, even siblings can have different “types” of autism. In fact, around 70 percent of the siblings with autism ended up having different genetic mutations. 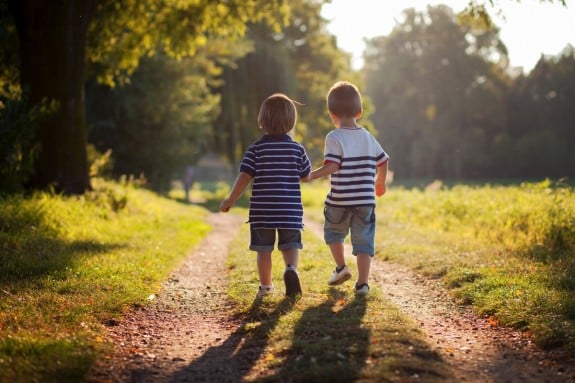 “When we looked at the data, we were really surprised to see that, when we could find mutations in genes that are known to be involved in autism, more often than not siblings were carrying different mutations in those genes,” principal investigator and director of the department, Stephen Scherer, told The Record. “I would have expected that more than one sibling would have carried the same sets of mutations because they both have autism.”

But, after his initial surprise, Scherer said the results started to make sense. After all, more than 100 genes have already been implicated in autism spectrum disorder . . . and scientists believe there could still be hundreds more out there.

“What we’re saying in this paper is that, more often than not, in families that have autism, they actually have different genes involved.”

And those that already treat children with autism—those that work with these children directly—had already suspected as much, Scherer said.

“If you ask the clinicians, they say, ‘Oh, we knew this. Every child, even brothers and sisters, have their own form of autism. They’re always a little bit different or a lot different,’” he said.

In fact, Dr. Wendy Roberts, a Toronto developmental pediatrician, who works with children on the autism spectrum, said that she often explains to parents that the spectrum is like looking at the seven colors of a rainbow.

“If you think of all the different combinations you can get when you mix the variations of those seven colors, you can see why every child is their own little rainbow,” Roberts, clinical director of Integrated Services for Autism and Neurodevelopmental Disorders, told The Record. “So everybody is unique and everybody has this different genetic pattern. And the more studies we do, the more we see how many variations there are, even within the same family.”

Even parents seem to understand that each of their children diagnosed with autism are different. One parent, Valerie South, has two boys with severe autism—Cameron, 20, and Thomas, 14. She says that, while they both share certain traits commonly seen on the autism spectrum (impaired social skills, a lack of empathy and self-stimulating behavior), there are also noticeable differences between the two boys.

Thomas will watch “Thomas the Tank Engine” on his iPad in “every language he can possibly find on the Internet.” But his older brother, Cameron, will sit on the couch for hours, rolling two pill bottles back and forth with his hands. And he’d much rather listen to the Red Hot Chili Peppers than the animated cartoon show.

“They come on the radio and he cranks up the volume,” she said. “He can’t tell you it’s Red Hot Chili Peppers, but he knows. There’s something in their music, whatever he picks up on.”

Thomas also seems to be “a little more clever” than Cameron, clever enough that he tends to get himself into more trouble, such as finding the exact right moment to sneak away from his caregiver at a respite center.

Both of the boys will be participating in another study in which researchers are hoping to sequence the genomes of 10,000 families affected by ASD from around the world. The goal is to hopefully uncover more information regarding the genetic aspect of autism so that better treatments, medications, and therapies can be made available, worldwide.

“We need to have tens of thousands of people’s whole genome sequences so we can compare them to each other—the mutations that they carry and what the clinical presentation is—so we can group them based on genetic and clinical characteristics to see if there are common features that may benefit diagnosis and treatment.”