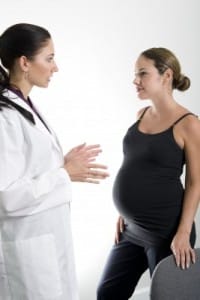 There are a number of old wives’ tales about parenting and health, many of which have been debunked by science. A new study however, found that some doctors are following these myths over medical facts.

Dr. Andrew Adesman, who lead the study, knows that he is not immune to this issue himself. He admits to following some of the common myths instead of medical facts, especially when the myths are so prevalent they become common knowledge. To see how many other had similar moments, he sent out questionnaires to over 5,000 board-certified American pediatricians. From the more than 1,000 responses he received, Dr. Adesman was able to piece together a look at myth verses fact.

The questionnaires contained a list of 34 common myths and 14 medical facts. Doctors were asked to rate how true they felt each statement was without researching the answer first. The doctors were to answer off the cuff, as they would during a visit from a patient. Though most of the questions were harmless, the list did include what Dr. Adesman called the “dangerous dozen”. A group of 12 questions that could prove dangerous if the doctor did not know the correct answer.

“So, for example, when we asked the question whether it was OK for honey to be given to babies under six months of age, the very good news is 97 per cent of pediatricians knew that that was not appropriate, but three per cent thought it was,” Adesman said, adding that honey poses a risk of botulism poisoning.

One-third of the doctors said a burn can be treated with an application of ice, when in fact there would be a risk of injury to the skin. And one-third said it’s safe to put a baby down to sleep on his side, when in fact that’s not advised because of the risk of crib death.

Five per cent of respondents said kids over six can be given Aspirin for fever.

“Aspirin has been associated with Reye’s syndrome — Reye’s syndrome is a very severe condition and so Aspirin really shouldn’t be used with young children, even those in the five-to-eight (age) range,” Adesman said.

Dr. Adesman found a common connection between the doctors who answered incorrectly on the questionnaire. Those who had not raised children themselves, those who had been practicing for longer than 30 years, and those were were relatively new to the practice were all more likely to believe the myths over facts. Although most of the pediatricians who responded got most of the questions correct, there is always room for improvement. – Summer, staff writer