According to statistics, boys are roughly four times more likely to be diagnosed with autism than girls. There are many theories as to why this may be, but still no definitive answers. A new study, published in the February 26th edition of the American Journal of Human Genetics, may prove to be an important piece of the puzzle. 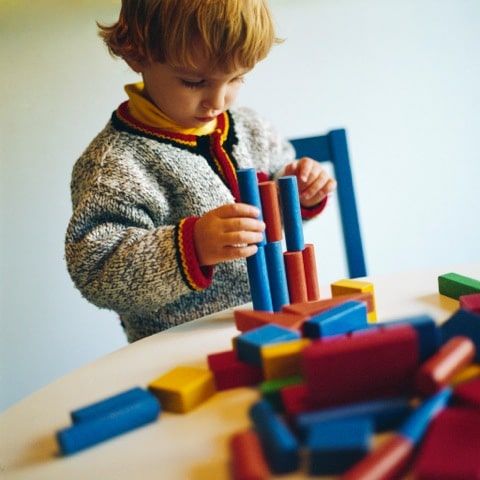 Drawn from the Simons Simplex Collection (a database of families that have one child with autism and unaffected parents and siblings), the study looked at the number of CNVs (copy number variants – large duplications or deletions of regions of a genome) in 109 girls and 653 boys with autism.

Results showed that girls were twice as likely to carry CNVs that are at least 400 kilobases long (the longer the CNV, the more likely it is to disrupt important genes). The CNVs in females were also three times more likely to encompass “risk genes” for neurodevelopmental disorders than in CNVs found in males. Additionally, females with autism carried more rare mutations that change a nucleotide than males. Researchers said these are the “nastiest of nasty mutations” because they interfere with the protein’s function.

“This strongly argues that females are protected from autism and developmental delay and require more mutational load, or more mutational hits that are severe, in order to push them over the threshold,” lead researcher Evan Eichler, professor of genome sciences at the University of Washington in Seattle, told Science Daily. “Males on the other hand are kind of the canary in the mineshaft, so to speak, and they are much less robust.”

A similar but smaller effect for CNVs was also found in a larger group of 9,206 males and 6,379 females that had not been diagnosed but were referred for genetic testing. A total of 75 of this group ended up being diagnosed with a developmental delay, intellectual disability, or autism. Of those diagnosed, women were 1.28 times more likely than men to carry large CNVs that included risk factors for the disorder.

One possibility, pointed out by David Skuse, professor of behavior and brain sciences at University College London, is that girls included in the study may simply have had more severe forms of autism. This makes sense because girls tend to exhibit slightly different symptoms, and have been suspected of compensating better for deficiencies than boys.

“The authors are geneticists, and the genetics is terrific,” Skuse, who was not involved in the study, told Science Daily. “But the questions about ascertainment are not addressed adequately.”

There are some other questions to take into account as well: Why do girls with autism transmit more mutations? How are they protected?

“We need to ask what it is about brain development that makes it such that females are protected — because ultimately that is what we want know,” Aravinda Chakravarti, director of the Center for Complex Disease Genomics at the Johns Hopkins University School of Medicine in Baltimore, told Science Daily. “We need to re-create that developmental environment.”