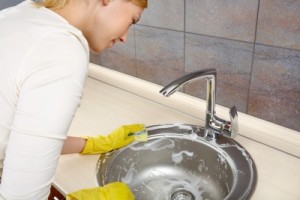 The journey of nine months brings with itself lots of fear, hope and anguish for expectant moms, but what it can also trigger is symptoms of an already dreaded disorder called OCD according to a recent study.

Lead researcher Dr. Ariadna Forray, of Yale University School of Medicine in New Haven, Connecticut extended the findings from various previous studies by interviewing 126 women treated at the Yale OCD clinic. The researchers found that of the 78 women who had been pregnant at some point of time 32 percent developed OCD symptoms during or soon after pregnancy.

One third of the time, those women who already were dealing with OCD showed signs of worsened conditions when they became pregnant and in very small number of cases (24 percent) the conditions improved. They also found that women, who had worsening conditions during their premenstrual phase, were at a greater risk of heightened effects when they got pregnant.

OCD or obsessive-compulsive disorder is a condition when someone gets persistent unwanted thoughts of repeating a ritual or task again and again. The standard treatment prescribed is cognitive-behavioural therapy, antidepressants and anti-anxiety medication.

Researchers noted through the findings that OCD has some subtypes that are affected by hormonal changes that occur in a woman during pregnancy which resulted in the condition getting worse.

“These women may have a differential sensitivity to reproductive hormones, and, as such, normal reproductive events are triggers for the onset or exacerbation of OCD,” said Dr. Forray.

The research may help women and doctors be aware of the fact that their OCD conditions may worsen during pregnancy and be prepared for taking counteractive therapies.

67 percent of the women found to have OCD symptoms showed excessive concern over germs, contamination or dirt and therefore Dr. Forray added that while anxiety over pregnancy and baby issues are normal for pregnant women, they should consult a doctor when it seems they are excessively concerned about the baby or about cleanliness and dirt as that might be one of the symptoms of OCD. – Atula, Staff Writer