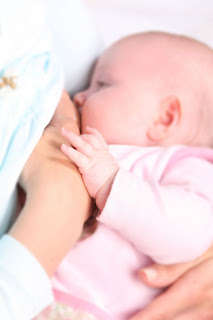 A new study has found yet another potential benefit to breastfeeding: Fewer behavioral problems in young children.

Early findings suggest that parents of youngsters who were breastfed as infants were less likely to report that their child had a behavior problem or psychiatric illness during the first five years of life.

The study, conducted by the department of psychiatry at Massachusetts General Hospital in Boston, reviewed more than 100,000 interviews of parents and guardians of children between the ages of 10 months and 18 years who participated in the National Survey of Children’s Health. Parents were asked about breastfeeding and about their child’s behavior and mental health.

Dr. Katherine Hobbs Knutson, a resident in the department of psychiatry at Massachusetts General Hospital in Boston said, the effect of breastfeeding appeared to be cumulative, with those who were breastfed for a longer duration even less likely to have behavior problems.

She also said the study found “a correlation between breastfeeding and cognitive development.”