Sunscreen has been around for quite some time, yet the only real proof of its benefits relates to its ability to prevent sunburn – until now. A new study, published in the journal Pigment Cell & Melanoma Research, has found that sunscreen offers protection to an important anti-cancer gene: p53. 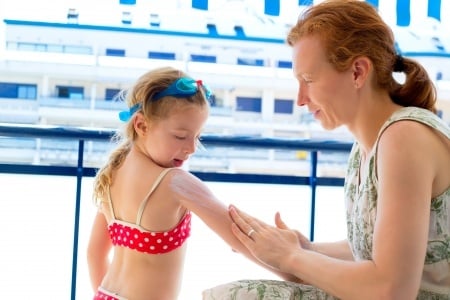 The gene’s job is to repair skin cells that have been damaged by the sun. However, the gene itself can be mutated by the sun. Once this happens, it can no longer do its job, the DNA damage to skin cells increases the risk of skin cancer. This is what makes protection to this gene vital.

“Melanoma is the most lethal form of skin cancer with research showing damage of melanocytes – the pigment-producing cells of the skins – after sun exposureplays a role in the development of skin cancer,” lead researcher, Dr. Elke Hacker from Australia’s Queensland University of Technology told Medical News Today.

But after recruiting 57 patients who were having a series of skin biopsies done and testing their skin samples, researchers found that this can be prevented through the use of sunscreen.

The first biopsies were taken from two different sites of unexposed skin. Sunscreen was applied to one of the sites but not the other. Each site was then exposed to UV light. Biopsies were again taken from each site. After 24 hours, yet another set of biopsies was done, and skin samples were then compared.

“After 24 hours, where the sunscreen had been applied, there were no DNA changes to the skin and no impact on the p53 gene,” Dr. Hacker said.

What’s most important about this study is that it is the first to look beyond the obvious signs of damage from the sun – redness and burning of the skin – to determine if sunscreen does, in fact, provide the skin cancer protection that it is said to offer.

“[This study] looks beyond the redness to determine whether UV exposure when using sunscreen causes molecular changes to the skin, as these changes have been linked to basal cell carcinoma, squamous cell carcinoma and malignant melanoma. When there are changes in the molecular structure, it can enhance skin cancer development,” Hacker said.

Now, armed with this information, Hacker and her team believe that there should be an investigation into a benchmark for “super sunscreens” that will help repair skin damage from sun exposure. But until this sunscreen can be found, Cancer Council Queensland spokeswoman, Katie Clift, says that everyone should be mindful of sun protection that will help prevent DNA molecular changes.

“Adults should apply more than half a teaspoon of sunscreen to each arm and the face, neck and ears – and just over one teaspoon to each leg and front and back of the torso,” Clift told Medical News Today. “It’s also important to complement sunscreen with protective clothing, a broad-rimmed hat, to seek shade and slide wraparound sunglasses for best protection.”

The Cancer Council Queensland also advises that sunscreen should be at least SPF 30, waterproof, and applied every two hours to ensure proper protection.