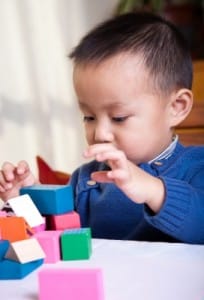 How far would you go to diminish your child’s disruptive autism symptoms like repetitive behaviors and aggression? Would you give them a pill filled with worm eggs? One family did just that, and because they saw improvement in their child’s condition, one professor is planning to create a study on it.

Dr. Eric Hollander, a clinical professor of psychiatry at Albert Einstein College of Medicine and director of Autism and Obsessive Compulsive Spectrum Program at Montefiore Medical Center had a teenage patient who failed to respond to the treatments typically used to treat severe disruptive behaviors often found in patients with autism. The teen also had a history of various allergies, including food allergies. Additionally, his family had a history of autoimmune diseases.

The teen’s parents had noticed that their son’s autistic behaviors seemed to diminish when he had an allergic reaction or a fever. This led them to believe that his autism was actually a symptom of an immune response problem. So, after doing some research, they decided to try an immunotherapy biologic agent known as TSO, or Trichuris suis ova. These little capsules contain the eggs of parasitic worms, more specifically, whipworms.

Over the years, doctors have theorized that many organisms typically considered ‘harmful’ actually help protect our immune system. The theory arose for a number of reasons. Firstly, there’s the fact that certain autoimmune disease were all but nonexistent back around the 19th century, a time when people lived in what the modern world would consider ‘filth,’ and they didn’t bathe as often as people do today. But this evidence isn’t sanctioned to just the 19th century; in third-world countries where conditions are still rather similar to the 19th century conditions, the rates of autoimmune diseases are much lower.

But this isn’t the first time TSO therapy has been used to treat medical conditions for which there is no cure. Recent studies have found positive results in treating Chron’s disease with TSO therapy, and other studies are currently analyzing the effect of TSO therapy on conditions like multiple sclerosis and type 1 diabetes. So treating autism with TSO therapy doesn’t seem too far-fetched, especially since some studies have produced evidence that some cases of autism are actually a result of an autoimmune disorder.

Currently, Hollander is working on coordinating a study in which autistic patients will be treated with TSO therapy. In the case of his teenage patient, TSO therapy lasted for 15 months. He ingested one capsule containing 2,500 whipworm ova every two weeks. By the eighth week of treatment, the severity of the patient’s behavior became less severe. By the tenth week of treatment, his symptoms disappeared. Since that time, the teen hasn’t had a single recurrence of symptoms.

“So based on the fact that this child had substantial improvement – it didn’t cure the autism, but it had a major impact on repetitive and disruptive behaviors,” Hollander said. “So we designed a study to test this in a more systemic fashion.”

This particular trial will focus on the results of 10 adults between the ages of 18 and 35. Those adults will be of normal intelligence and they will have good verbal skills; this will ensure that they can describe the effects of the therapy for themselves. In addition to autism, the participants will all have a family history of autoimmune diseases or allergies. For 12 weeks, they will be given either TSO or a placebo. After a washout period of four weeks, the patients will switch (placebo participants will take TSO and TSO participants will take placebos).

“During the course of treatment, we measure a range of outcomes,” Hollander explained. “We’re looking to see if there’s a change in disruptive behaviors, irritability and pro-inflammatory cytokines. We’re looking to see if there’s an improvement in these inflammatory markers and also biomarkers. We’ll measure things in between genes, like eye-tracking.”

Sounds like a lot to swallow, but Hollander says the big benefit to TSO therapy is that the eggs won’t reproduce in the intestines or cause any kind of illness. So, even if there isn’t a benefit to the therapy, there won’t be any risks either. And if there are positive results, this study could open to doors to a more widespread study.

“If the pilot study is positive, then we’d want to do larger-scale studies,” Hollander said.

TSO has not been approved by the FDA yet, but it can be purchased online or by travelling to other countries. However, Hollander says that parents and patients shouldn’t buy the drug or use it without close supervision from a doctor. And since there’s still room in the trial for more participants, that may be a way for some autistic adults to give TSO therapy a try.