Home » Study: Triplet Births Are On The Rise 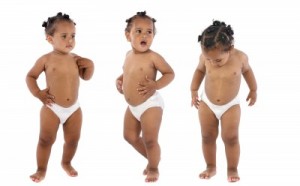 More triplets are being born, and not all of them are through IVF a new study is showing. Unfortunately with these rising numbers come rising risks.

Norwegian scientists studies the birth rates in Norway from 1968 through 2006 and found a rising trend among triplet births. Even when excluding IVF pregnancies, the researchers found that between 2002 and 2006 alone 2.7 per 10,000 pregnancies resulted in triplets. This number is significantly higher than it was during the 1970s, almost two-and-a-half times higher.

The researchers believe their findings may be true for other parts of Europe as well. Though IVF was ruled out, hormone drugs used to stimulate ovulation may still be the cause of the increased rates.

Thanks to advances in medical science, there have been many improvements to the lives of preterm infants. While triplets do not favor as well as twins and singles do, many more are surviving than previously because of our modern technology. Triplet pregnancies that advance past 28 weeks have only a 3.8 percent fetal death rate.

Philip Steer, editor of BJOG International Journal of Obstetrics and Gynecology, warns that parents and doctors should think carefully before attempting to carry triplets to term. He feels it is important to lower the rates of triplets being born. “All hormonal treatment for ovulation induction should either be monitored more carefully … or moved to IVF with single embryo transfer,” Steer wrote about the study.

In Britain, officials placed a limit on the number embryos allowed to be transferred to women under the age of 40. Because of this limit the rates of triplets born in Britain dropped in half from 2000 to 2007. – Summer, staff writer