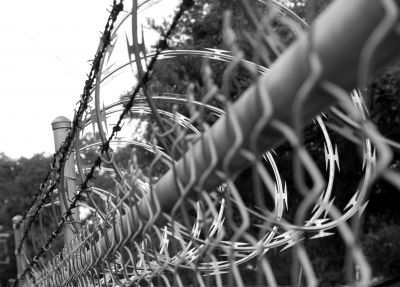 New parents looking to give their new baby boy a unique name to stand out from his peers, may want to re-consider.

So if Ivan is terrible or Alec turns out to be a smart aleck, Shippensburg University professor David Kalist and his associate, Daniel Lee, believe they know the reason why.

While noting that “unpopular names are likely not to be the cause of crime,” the social factors of being tagged with an offbeat moniker “increase the tendency toward juvenile delinquency.”

The pair based their report on a study of some 15,000 names given to baby boys between 1987 and 1991. They found that the more unlikely the name, the more likely a boy is to commit a delinquent act.

When revealed on the Today Show today, Erin Burnett gave her own interpretation to the study:

“Basically, if you’re teased mercilessly your entire childhood for your name, you become an angry, bitter person, and you lash out in a way that could be negative.”

Even though there are plenty of prior studies that back up the Kalist report, it was also noted that having a name make the list of possible future criminals didn’t stop the likes of Alec Baldwin and Ernest Hemingway from succeeding in life.

Referring to the study, Time magazine pointed to a 1993 study that showed boys who have strange spellings of common first names (read Patric, Geoffrey) are less likely to be upstanding and successful; a 2001 study showing that boys are judged for their moral character and masculinity by their first names; and a University of Michigan study that stated, “having an unusual first name leads to unfavorable reactions in others, which then leads to unfavorable evaluations of the self.”

Additionally, The Kalist-Lee study touched on baby girl names, noting that previous research showed a baby gal given the name Allison is seldom the daughter of high school dropouts — and that, on the whole, the less schooling they have, the more likely parents are to give their kids unpopular names.

Ouch… Does that mean celebrities land in the ‘uneducated’ pile? You know they’re kids are getting teased at school.

I’d be interested to hear more about girls names.