In a landmark new study, Australian researchers learned that many miscarriages and some birth defects are caused by lack of the molecule NAD, but simply taking vitamin B3 supplements can significantly reduce these instances. Women are advised to take these supplements beginning prior to becoming pregnant. 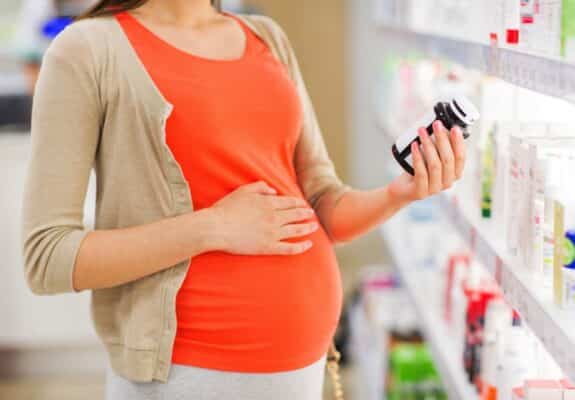 The vital molecule known as NAD is important for normal organ development. Lead researcher on the study, Professor Sally Dunwoodie of Sydney’s Victor Chang Institute, says that this is the first time that NAD has been associated with miscarriage and birth defects.

NAD forms in the body as part of a healthy diet including eggs, cheese, salmon, turkey, nuts and seeds – but is also formed by taking supplements of vitamin B3.

For the study, the research team gave pregnant mice with the NAD gene essentially “knocked out” regular doses of vitamin B3. The supplement “over-rode the genetic block to prevent miscarriage and birth defects,” according to Professor Dunwoodie. The key was in finding that the genetic deficiency of NAD could cause birth defects, and learning they were potentially treatable if the mother is given niacin (vitamin B3) supplements during pregnancy.

The Australian Medical Association (AMA) calls this an exciting development while cautioning that it is premature to compare it to the benefits of folate. AMA president Michael Gannon says that “most miscarriages are caused by chromosomal abnormalities that are not the result of vitamin or mineral deficiency, so are not modifiable.”

The recommended daily amount of vitamin B3 for pregnancy is 18 milligrams per day, but past studies from the US show that up to a third of women have low levels of NAD in their blood and are not getting adequate B3 vitamin in their pregnancy supplement.

Some women have a problem absorbing nutrients, especially those with diabetes, a high body-mass index, and inflammatory bowel disease. These women may need a larger amount in their supplement. The researchers are now working on a “quick and easy” blood or urine test that will measure a woman’s NAD levels and could be administered simultaneously with a pregnancy test.

The study results have been published in The New England Journal of Medicine.