Home » Study: Women Are Better At Spotting A Cute Baby Than Men 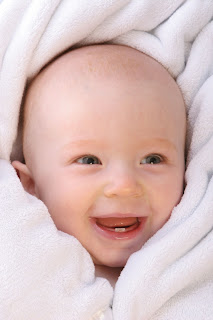 Psychologists at St Andrews University discovered that women could determine a pretty baby instinctively by its chubby cheeks, big round eyes and button nose.

They used computer image manipulation to discover how subtle variations in attractiveness were picked up differently by the sexes.

It is believed that cuteness sensitivity is affected by female reproductive hormones.

The research team chose 10 images from a pool over over 100 baby photos and combined them into a composite of a typically attractive baby face.

However, women aged 53-60 performed at the same level as the men when determining the attractiveness of the newborns.

“Because average age at menopause is 51 years in the UK, these findings suggest the possible involvement of reproductive hormones in cuteness sensitivity.”

I personally think that women are just more in tuned to the cuteness factor because they are the one having the babies. Men only really notice how cute their own kids are…