Researchers at The Hospital for Sick Children (SickKids), the University of Toronto, Mount Sinai Hospital and York University have found that ‘sucrose analgesia’, or table sugar, reduces a baby’s pain response to routine care following a painful procedure. 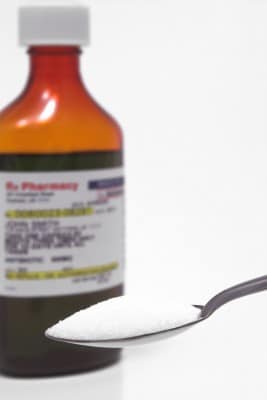 The study involved 240 infants. Before having blood drawn, half of the babies were treated with sucrose and half were given a placebo. Pain responses were measured during diaper changes performed after the blood tests. The study found that the sucrose-treated infants had lower pain scores than the placebo-treated infants.

“This research shows us that the benefits of sucrose analgesia extend beyond the painful event to other potentially uncomfortable procedures,” says lead author Dr. Anna Taddio, an Adjunct Scientist and Pharmacist at SickKids and an Associate Professor of Pharmacy at the University of Toronto. This is the first study to determine the effects of sucrose on routine care activities performed after painful procedures, she says.

Additional studies are needed to determine what causes sugar to relieve pain and calm babies. The effectiveness of treating newborns with sugar water in other situations should also be investigated as well.

When my son was small, the hospital used to use sugar water before they gave him his RSV shots. The nurses told us that they found the babies that were given the sugar water were much calmer after their shots than those who had nothing.