Just before getting married in 2010, Rachelle Friedman Chapman’s life took a sharp turn. During her bachelorette party, Rachelle was playfully pushed into the shallow end of the pool by one of her bridesmaids. The prank went horribly wrong. Her sixth vertebrae had been injured and irreversible damage had been done to her spinal cord, rendering her a quadriplegic. But this wouldn’t be a happy story if that’s where it ended . . . 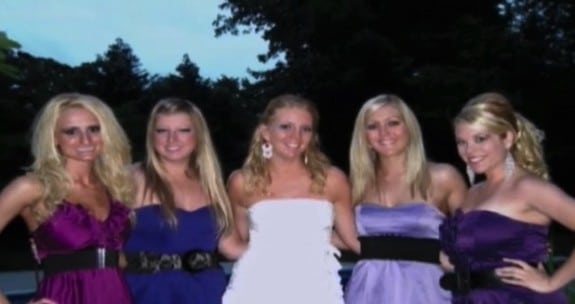 Rachelle met Laurel Humes back in 2004, long before the injury took place. The two women hit it off, but they didn’t stay in touch. Then, when Laurel saw a blog post from Rachelle, the two ended up getting in contact again, and for a truly beautiful reason.

Rachelle wanted to be a mom, but her spinal cord injury had left her with low blood pressure. The medication could harm a developing fetus, but going off the meds could be dangerous as well. In the blog post, Rachelle shared all of this information, as well as the fact that she’d been considering surrogacy to conceive. As it turns out, Laurel had been thinking about becoming a surrogate.

The two women reconnected and a miracle happened!

Thanks to help from Surrogacy Together, a network that makes surrogacy more affordable, and donations from a GoFundMe project, Rachelle was able to achieve motherhood through Laurel, who served as the surrogate.

Rachelle and her husband were able to make the three hour drive to attend milestone prenatal appointments, such as hearing the baby’s heartbeat for the first time. And then, on Sunday morning, Laurel gave birth to 7 lb, 11 oz Kaylee Rae Chapman. 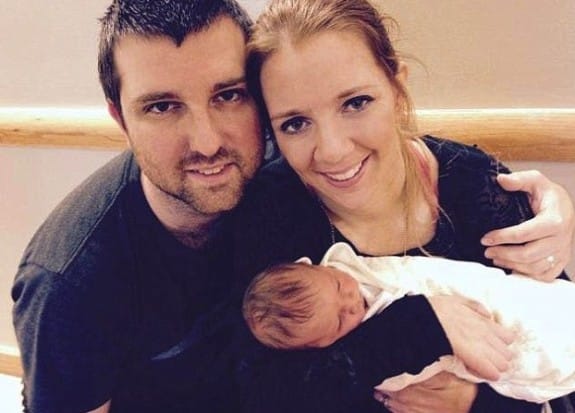 “Laurel did amazing and is resting after some hard work,” Rachelle told her Facebook followers. “Thank you for the most beautiful gift we will ever receive!”

Little Kaylee will be joining her fury siblings, dogs Peedee and Roger, hopefully on Tuesday when the family will make their trek home.