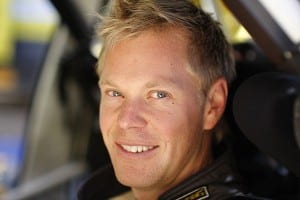 Swedish rally driver Per-Gunnar Andersson has spent most of his life behind the wheel of a car so it probably didn’t come as a surprise that this is where his son decided to make his entrance into the world.

When his wife Marie-Louise went into labour during the early hours of Saturday morning the couple got in the car to make their way to the hospital.

Just 30 minutes into the journey, they realised they were not going to get there in time, so the dad-to-be pulled over on to the hard shoulder of the highway to call an ambulance.

“He was healthy and fine,” Andersson said. 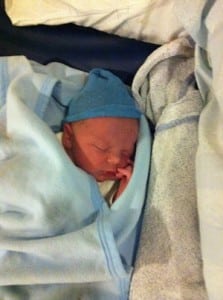 Given his unique arrival, Mr Andersson joked after that his son would probably be a rally driver too.

“He seems to have it in his genes,” he told the Swedish newspaper Expressen.

The baby weighed a healthy 8.6 lbs.  Congratulations to the new family!