It is estimated that about 14,000 refugees who are fleeing from the Syrian conflict are stuck on the Greek border with Macedonia. Living in tents with their families, many of the women are pregnant and without resources to help them give birth in proper conditions.

This weekend the world was shocked as images of a new mother rinsing her 20-day-old newborn off in a puddle outside her tent we released. 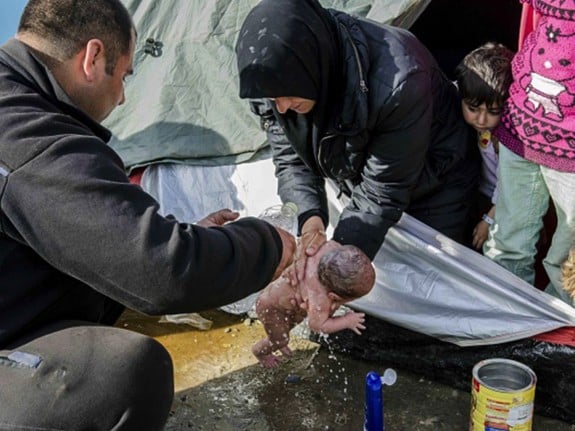 The baby in the image is one of five children – aged between 18 months and 10 years – who fled the war-torn city of Idlib along with their mother and father.

Reportedly taken in March 6th, the image reflects the camp’s unlivable conditions which continued to deteriorate over the past week, when more than 70 children at the camp hospitalized after suffering from fever and diarrhea.

After the camp was been hit by torrential rain, refugee families were spotted headed across a fast moving river while attempting to reach Macedonia on a route that would bypass the border fence. 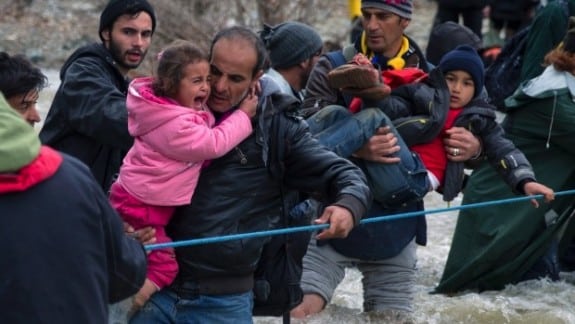 More than 40,000 people have been stranded in Greece after Macedonia and other countries closed their borders to anyone without valid EU-traveling documents.