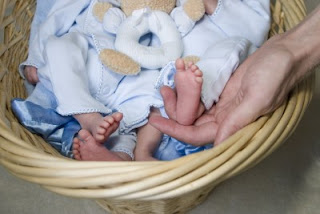 Nine-month-old Hassan and Mahmoud, who were born joined at the abdomen, were separated after nine hours of surgery, Saud al-Jadaan, one of the team’s doctors at King Abdulaziz Medical City, told AFP.

The boys were in separate rooms in the hospital’s pediatric intensive care unit as doctors worked to reconstruct the body parts the twins had shared, including bowel, urinary tract and sexual organs.

This was being done to give the boys as much natural organ function as possible.

The operation, which could be seen live on the hospital’s website, was originally expected to take 15 hours but went more quickly than planned, hospital spokesman Sami al-Shalan said.

“We are three hours ahead of time,” he said, attributing that to the operating team’s experience. It was the 21st successful operation to separate conjoined twins at the facility.

The boys should be able to go home to Egypt in two months if there are no complications.

It is amazing to me that there were 70 people assisting with this operation because only 46 people participated in the recent octuplet delivery.