For the families and parents of autistic children, Temple Grandin is a household name. We know her as the autistic woman who has found her niche in the world. We know her as a prominent speaker for autism and a successful animal behavior specialist. But there is so much more to this amazing woman; she gives us all hope. She is a hero. And she is one of the few people in the world who can see the beauty and potential in autistic individuals. This insightful point of view can easily be seen in her speeches, and in interviews she’s had with news personalities, such as her recent interview with Geoffrey Mohan from The LA Times. 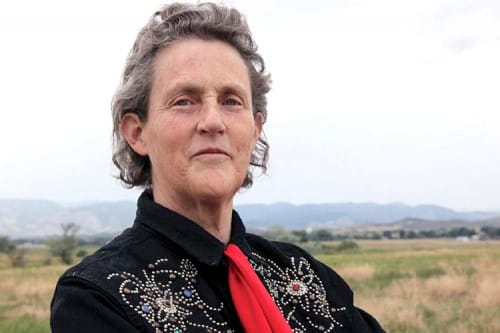 “The woman who can visualize how cows comprehend the world, who once was prone to rhythmically rocking and fits of screaming, calmly tucked her white scarf between snaps on her shirt. She had been waiting 35 minutes [for me]. Anyone else might have left, but Grandin ordered a coffee, a plate of sliced fruit, whipped cream on the side, and five bacon slices,” Geoffrey stated in his LA Times article, which was published earlier this week. “Grandin has a doctorate in animal science. She never passed algebra in high school, but she can design a cattle processing plant in her head. So she worries that the current rush to adopt a curriculum heavily focused on science, technology, engineering, math – STEM – will fail people like her.”

And it’s likely that there are many parents of autistic children who agree with Temple. We see the potential in our children. We see that, though they are limited in some ways, they excel in others. For example, my son struggles with written math problems. Yet, if you give him a real life math problem (such as a word problem or a puzzle), he can solve it quickly, without struggle, and well above his grade level. And the way he can manipulate things like Legos, Lincoln Logs and gears – oh my word! What I see in my son is very typical of autistic children – they are brilliant, and sometimes even on a genius level in their own ways, but they don’t always fit in the traditional academic mold, and that could mean trouble for the future of everyone, not just autistic individuals and their families. 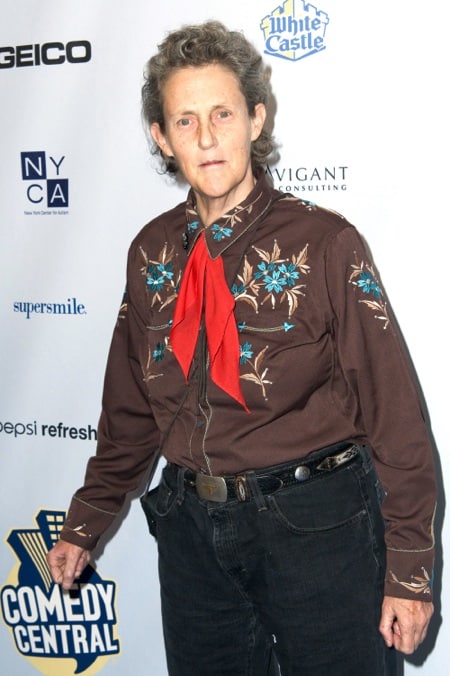 “My kind of mind isn’t going to graduate, and you need me,” Gradin told LA Times. “Because my kind of mind is the one that would say, ‘Hey, if you put the generators for the emergency backup for the Fukushima power plant in the non-waterproof basement, you’re going to be in trouble.’ I can’t design a nuclear reactor, but there’s no way I would’ve put those generators there unless I had reinforced walls, submarine doors you crank shut.”

And, in her photographic mind, Temple can actually SEE how the plant should be laid out to prevent a number of scenarios and tragedies the world has seen – everything from the grounding of the Boeing 787 Dreamliner because of the fire hazard potential of its lithium-ion batteries to the construction on the 405 construction that kept Geoffrey from attending his interview with Temple on time.

Temple has also proven that autistic individuals CAN improve in their ability to communicate socially. Though she still struggles to some extent with eye contact, and her behavior is a little “atypical” as far as social standards go, she’s learned many of the social cues that so many autistic individuals miss, like shaking hands. I’ve seen this in my own child as well. He’s learned how to pick up on sarcasm, and even makes attempts at it himself. He’s gotten better at recognizing facial cues, and the faces of new people. It’s still very troublesome for him if there are a lot of new faces at once, but the fact that he’s able to gather and retain this information shows that autistic individuals can and do adapt and improve.

But there will always be those things. For example, Temple rambles, and often returns to topics of interest to her. And her voice can become very loud. For my son, there is no wrong time for expressing feelings or emotions that have become too difficult for him to handle on his own. Though we are working with him on it, particularly the aggressive portion of his behavior, it is something that will likely be a struggle for him throughout his entire life.

But those limitations should not stop an autistic individual from pursuing their interests, finding their niche, and contributing to society. And Temple stresses this at many of her speaking events, one of which Geoffrey had an opportunity to see in person.

“There is a place for [her] kind of visual thinking, Grandin says. If she can find one – designing cattle-handling facilities to be more humane – this generation of autistic people can too. She is sure of it,” Geoffrey said. “Grandin’s prescription for children with autism, though, may not sit well with parents. Maybe it is the ranch upbringing, or her strict ‘1950’s parents’ who pushed her out of her comfort zone, but Grandin does not suffer the slightest hint of dwelling on autism.”

In fact, if anything, Geoffrey witnessed how Temple encourages parents to push their own autistic children out of their comfort zones.

“One mother asks about her teen’s hypersensitivity to sound,” Geoffrey said about Temple’s speaking event at downtown L.A.’s Central Library. In the exchange between Temple, the girl and her mother, exercise is brought up. The girl feels she exercises enough because she walks, but the mom (and Temple) say more exercise is needed.

“You have to do something that works you harder than that,” Grandin told the girl. “I do a hundred sit-ups every night on the bed…Every single night, and if I didn’t do them, I wouldn’t sleep.”

A boy who was expelled from school for violence was encouraged to grow up and build a GPS satellite that could provide WiFi to anywhere on Earth, which would ensure that more students would have access to Internet while at school and at home.

“I’d much rather have you figuring out how to do something like that than talking about autism or something like that,” Temple told the boy. “You see, autism is an important part of who I am, and I wouldn’t want to change a thing and get cured, but being a college professor comes first. So go out and make that GPS WiFi system.”

And as far as the boy’s behavior goes, Grandin says being autistic isn’t an excuse. (And she should know since she also struggled with violent outbursts as a child.)

“You can’t say some things,” Grandin told the boy. “You can’t shout fire in a crowded building. And you can’t say you’re going to kill someone.”

Temple suggested the boy go somewhere and have a good cry the next time someone made him really mad – a tip from Temple’s own experiences.

It’s an interesting thing, to hear Temple talk. And though I’ve never had the pleasure of meeting her or hearing her speak in person, she is someone that I follow regularly. I respect her take on autism, and how we, as parents, need to push our ASD children (obviously with patience and love) so that they can reach their fullest potential. But most of all, I love that she encourages me to see the potential in my own child.

Are you the parent of an autistic child? Has Temple Grandin inspired you? We’d love to hear your story. Please share!