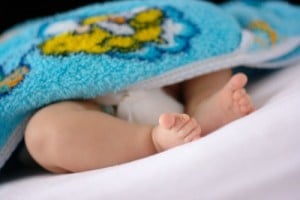 An unnamed girl just ten years of age showed up at the Women’s Hospital in Puebla City – in labor! At 31 weeks gestation, she was suffering from life-threatening complications, including seizures. The baby boy was delivered via Caesarean on October 22 and weighed in at 3. 3 pounds.

How could this happen you say? The Puebla State Attorney General’s Office is wondering the same thing. The Women’s Hospital’s reported the incident to the Attorney General’s Office, and according to the hospital’s medical director, Rogelio Gonzalez, the situation is being investigated. Officials are trying to determine if the girl was raped and who the father might be.

This isn’t the first young birth in Mexico though. Last August, 11-year-old Amalia also delivered a child that was two weeks premature. She was raped by her stepfather repeatedly when she was ten, but Amalia was denied an abortion in her fourth month of pregnancy by the local Justice Department.

Pregnancy termination is punishable by law in the state of Mexico, unless certain guidelines are met. Abortions are only permitted before the end of the first trimester and the girl must be able to prove that she was a rape victim to receive permission for an abortion. Legal age of consent in Mexico? 12. Currently, these laws are under review.

I am appalled that a law that would put such young girls at risk. Death is a very real possibility for any woman during labor, but this risk is dramatically increased for young girls. Their bodies and reproductive systems are not fully developed yet. Even at 17, I was at a higher risk than women in their 20’s. And even if the birth and pregnancy go well, the young girl must still raise the child. My heart aches for these girls and the challenges they will face.