Home » Tenth Anniversary of 9/11: The Child’s Perspective – Then and Now 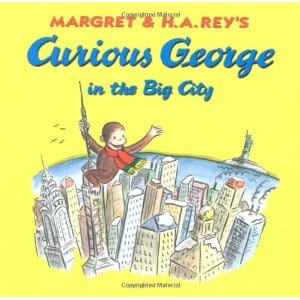 One bedtime, not so long ago, I was reading my son the story, Curious George in the Big City.

“Here was a good lookout!”  I read.  “From up here George could see a bridge, lots of tall buildings, and a little green lady standing in the water.”

I glanced up at the picture and was taken aback by what I saw.  It depicted the skyline of New York City, complete with the Brooklyn Bridge, the Statue of Liberty, the Empire State Building – and the twin towers of the World Trade Center.

“Oh,” I said in surprise.  “Those buildings aren’t there anymore.”

I had already said too much.  The barrage of “why” began.

“Bad guys crashed airplanes into them.” 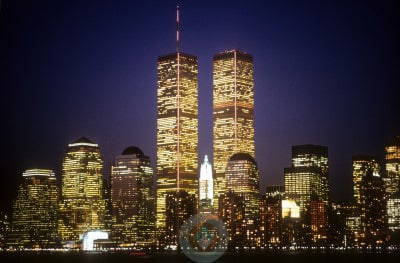 So began my awkward attempt to explain the heinous acts of September 11th, 2001 to a four-year-old.

With the tenth anniversary of 9/11 looming on our doorstep, filmmakers are finally preparing to present the facts of those events in a child-friendly way and from a child’s prospective.

There hasn’t been a great deal of attention given to the children who were closely affected by 9/11, until now.  The documentary, “Children of 9/11,” set to air September 5th, on NBC, follows a year in the lives of 11 children, who lost parents in the World Trade Center, the Pentagon, and on Flight 93, ten years ago.

The show’s producer, Janice Sutherland, discovered that, “Most of them (children who lost parents in 9/11) felt an incredible sense of responsibility for the surviving parent, and a fear of what would happen if they lost that parent…It is something they have had to deal with on their own.”

Sutherland has, at last, given these young people the opportunity to articulate their experience and their loss.

One of the participants in the documentary, Caitlin Langone, was only 12 years old in September 2011.  She recalls her teacher informing the class about the attacks.  Only later, would she discover that her father had been a victim.

“I felt this documentary was my opportunity to tell my story in my own words,” Langone says.  “I hope it gives people a better understanding.  I hope it makes 9/11 more personal and more real for them.”

There are millions of children around now, who were not around in 2001, or were too young to remember 9/11.  For these children, my son included, that day is a part of history; as much as the moon landing and the JFK assassination are history for many of us.  We all know people who remember those events very vividly, but we don’t have a personal connection ourselves.

Many of today’s youngest cohorts understand the importance of 9/11 but are brimming with inaccurate information.

Linda Ellerbee, the award-winning journalist behind the Nick News special, “What happened?  The Story of Sept. 11, 2001” discovered a wide range of misinformation when she spoke to children about 9/11.

Nick News quotes one girl saying, “I heard that on 9/11, 500 planes disappeared into the air.”  Other misunderstandings included confusion over whether the Islamic militant hijackers were actually Hindu or Japanese.

Nickelodeon and the American Psychological Association have jointly created a supplementary package of educational materials to increase children’s understanding of the events.  These materials are available online.

It’s as important now as it was then, to consider children and their understanding of tragedy, generally and as it pertains to this specific event.  As we mark the tenth anniversary, it will be hard to avoid the replay and reanalysis of images many of us would like to forget.

As parents, it will be our job to ensure we give our children clear information and a kid-friendly context to the images they will likely encounter over the next couple of weeks.   These child-focused documentaries, and others, may help. – Jen R, Staff Writer