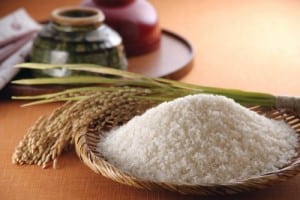 Consumer Reports conducted an investigation on arsenic levels contained in foods sold to American consumers. Many of the foods tested contained alarming levels of arsenic – brown rice, white rice, rice baby cereal and more were included. Thankfully, Baby’s Only Organic formula wasn’t one of them.

“When we tested the new versions of the two dairy formulas, the levels were either undetectable or nearly so,” Consumer Reports said in their article, Arsenic in Your Food.

Arsenic can be found in everything from crackers to vegetables; it is in the air, in the ground and in the water. There are two types of arsenic – organic and inorganic. Organic arsenic is considered to be “naturally occurring,” and it is said to pass through the body. Inorganic arsenic does not pass through the body, and it is considered a carcinogen.

While there are no “safe” levels of arsenic, the FDA does not have any regulations set on arsenic levels in the foods and beverages we consume. The EPA did set a maximum limit for water, however – 10 parts per billion. Many of the foods tested were found to be well above the maximum 10ppb for water. But because many of these foods are an important part of our diet, and because arsenic is very difficult to avoid, Consumer Reports did not advise against eating these foods. They did set some limits, however.

“Babies [should] eat no more than 1 serving of infant rice cereal per day, on average,” Consumer Reports said. This included any foods that contained ingredients derived from rice, like brown rice syrup; Baby’s Only Organic formulas were not included in the limited intake, however, because their arsenic levels were considered to be undetectable.

Even in organic foods, undetectable arsenic levels are a rarity. Organic regulations prohibit the use of arsenic-containing drugs known to be fed to farm animals. But conventional farming methods used in organic farming can and sometimes does include the use of manure coming from an animal that may have received these drugs. Thus, the grown product becomes contaminated. 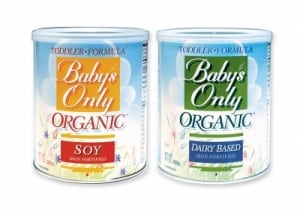 According to Karla Highman, Nature One’s spokeswoman, it all starts with the ingredients; the rice used in Nature’s Only products reportedly comes from a supplier that grows one of the purest sources of brown rice in the world.

“This coupled with our new organic-compliant filtration system has resulted in undetectable levels of arsenic in our organic brown rice syrup,” Highman said, adding that “soy protein can be a bit more challenging than dairy protein; however, our new filtration system is capable of reducing other heavy metals as well, including lead and cadmium.”

Nature’s One says they are “happy Consumer Reports’ arsenic testing validates the undetectable test results we’ve received by the independent lab, Applied Speciation Laboratory.” But they probably weren’t overly surprised at the results; Highman says that Nature’s One strives to do organic better than any other company.

Nature’s One started making that goal clear earlier this year when they started to publicize the arsenic test results for their organic formulas. It is just a part of their “Pure10 Pledge.” This pledge is backed by extensive testing, an uncompromising attitude toward ingredient standards, and a commitment to producing the most safe and nutritious formulas possible to promote the well being of children.