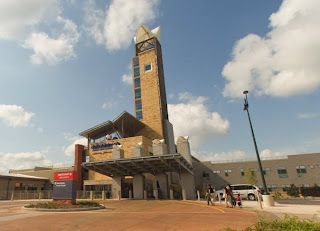 A woman in Texas has been accused of repeatedly smearing human waste on her 3-year-old daughter’s intravenous feeding line, potentially causing life-threatening infections.

Emily Beth McDonald, 23, of Austin, was charged with felony injury to a child. She faces up to life in prison if convicted.

According to an arrest affidavit, a surveillance video at Dell Children’s Medical Center captured McDonald on Sunday placing feces from a soiled diaper on the cap of a tube with a direct link to her child’s bloodstream.

When interviewed by the police, Emily Beth allegedly confessed and said she knew that her actions could make the child severely ill and possibly even kill her. No motive was disclosed.

McDonald was released on a $100,000 bond Wednesday, but she must wear an electronic monitoring device and comply with a police protective order that prevents her from seeing her three children.

Bob Phillips, an attorney representing McDonald, told the newspaper she is a “fine young woman from a fine family who loves her children very much.”

“I believe that as the facts unfold, the impression people have of this young woman will change for the better,” Phillips said.

The affidavit said that the sick child was admitted to the hospital April 15 with a high fever and “a long history of chronic diarrhea.” She had a catheter and doctors conducted a blood test, which was positive for foreign bacteria common in feces.

The affidavit said that hospital staff placed a camera in the room based on their concerns and it recorded McDonald’s actions. They reviewed the tape Sunday.

This story has rocked the preemie community. The baby in question is a former preemie who has had many health issues in her life. Emily Beth has been an active participant of a preemie support group visited by many moms I know.

It appears that this mom has Munchausen by proxy syndrome (MBPS)

In MBPS, an individual — usually a mother — deliberately makes another person (most often his or her own preschool child) sick or convinces others that the person is sick. The parent or caregiver misleads others into thinking that the child has medical problems by lying and reporting fictitious episodes. He or she may exaggerate, fabricate, or induce symptoms. As a result, doctors usually order tests, try different types of medications, and may even hospitalize the child or perform surgery to determine the cause.

Relatives are now caring for this mom’s 6-year-old daughter and 4-year-old son.