Home » Thandie Newton Steps Out With Her Son In NYC

Thandie Newton was spotted leaving her hotel with her son Booker in New York City, New York on Saturday(April 24). 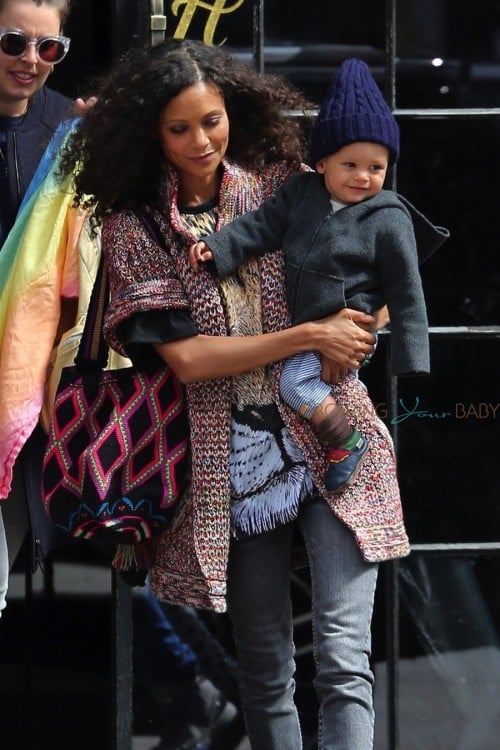 The ‘Westworld’ actress bundled up her little guy up against the cold in hoodie and knitted hat as they caught a cab.

This week Thandie was part of a panel at the Women in The World Summit, a three-day event that brings together world leaders, industry icons, movie stars, and CEOs convene with artists, rebels, peacemakers and activists to tell their stories and share their plans of action.