Home » The Beckhams Arrive In LA

Victoria Beckham arrived at LAX with her three boys Brooklyn, Romeo and Cruz on Saturday.The two oldest hold hands so that they don’t get lost in the shuffle, while Cruz gets a lift. 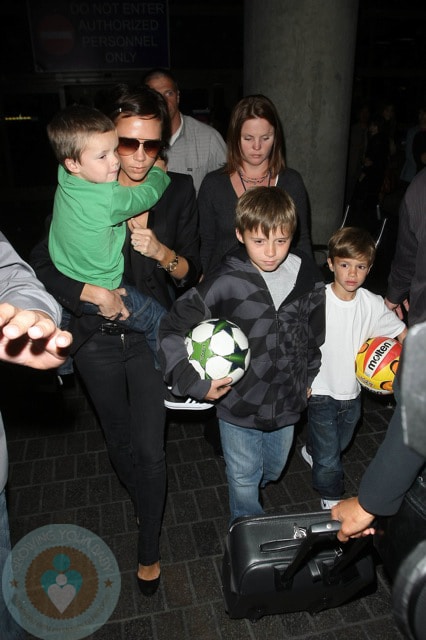 Victoria will be the voice a sea goddess named Queen Amphitrite in an episode of Sponge Bob called “Neptune’s Party.” It’s scheduled to air summer 2010.