Victoria and David Beckham were spotted attending The Royal Wedding in London this morning. 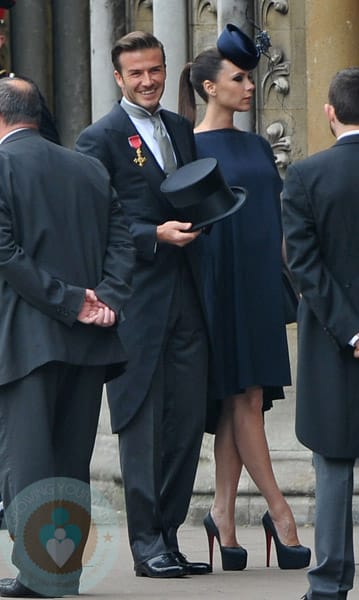 The mom-to-be did her very best to disguise her growing bump by wearing a midnight blue tunic dress from her own collection.

She tweeted from the event saying,

‘London looks beautiful!!!we are so proud to be British! X VB x,’

David and Victoria are thrilled to be expecting their 4 child and first daughter.  David recently said,

‘We’re still in shock. Obviously, having three boys, you kind of expect another one, so finding out a little girl is in there is surprising, but, obviously, we are over the moon.’

The new baby is expected to arrived early Summer.