Home » The Cost of Eating Healthy? 2K More Per Year For A Family Of Four

Cooking at home may be cheaper (and possibly healthier) than eating out, but how you cook can actually determine the cost of your family’s food bill. Unfortunately, the diet that costs most may very well explain why low income families struggle to keep their families fed healthily than those that are more financially stable. 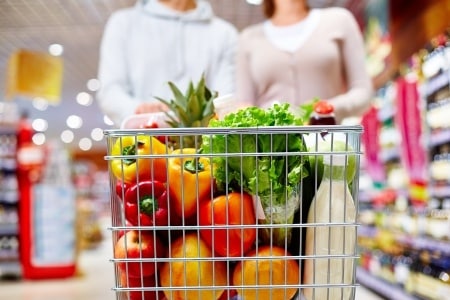 Researchers from Harvard’s University School of Public Health performed a meta-analysis (a study of studies) on the cost of healthy diets versus unhealthy ones. A total of 27 studies were examined, and they looked at food prices from stores in places like California, South Africa, Cape Town, Missouri and South Carolina. They also analyzed dietary studies that looked at how much people spent on their food while taking healthy versus unhealthy diets into account. Researchers considered several different angles – per serving, per 200 calories for certain kinds of foods, per day, and per 2,000 calories (the recommended daily calorie intake from the Department of Agriculture).

Overall, the British Medical Journal published study found that healthier diets were more expensive than unhealthy ones. Those that were the healthiest (fish, nuts, fruits, and vegetables) were significantly more expensive than those that were unhealthiest (processed foods, refined grains, and meats). On average, the difference came out to be about $1.50 per person, per day.

“Conventional wisdom has been that healthier foods cost more, but it’s never been clear if that’s actually true or how exactly how much more healthier foods might cost,” Mayuree Rao, an epidemiology researcher at Harvard University’s School of Public Health, wrote in an email to International Business Times. “We found the healthiest diets cost about $1.50 more per day, and that’s less than we might have expected.”

While $1.50 per day doesn’t sound like much, that small difference can add up quickly for large families and families that live in poverty. In fact, the extra cost of a healthy diet truly could mean the difference between being able to provide healthy, nutritious meals and not so healthy meals.

“I think an important question to consider is what does an extra $1.50 actually mean?” Rao said. “For many low-income families, it means quite a lot. It translates to about $550 more per year for one person, and that could be a real barrier to healthier eating. On the other hand, $1.50 is about the price of a cup of coffee – just a drop in the bucket when you consider the billions of dollars spent every year on diet-related chronic diseases like obesity, diabetes, and heart disease.”

Unfortunately, while the “drop in the bucket” may seem small to those not living in poverty every day, those that struggle to put food on the table have a hard time figuring out how to manage the day to day costs of food expenses. With each extra family member, the cost becomes even more unmanageable. Take, for example, the average two child family would end up spending an extra $2,200 a year for a healthy diet. For a low-income family, that could be an entire month’s income.

But the real question here is why healthy diets cost more. Interestingly enough, Roa and colleagues don’t believe farm subsidies for corn and soy are the problem. According to the group, economic studies show those subsidies simply transfer income to farmers without there being a big influence on retail prices. They believe the real root may rest in protectionist tariffs that raise retail prices, and the decades of agricultural practices and policies that favor production and sale of highly processed foods.

“Other research from our group has found that subsidizing healthy foods and taxing unhealthy foods are evidence-based ways to address the price imbalance and nudge people towards a healthier diet,” Rao said. “When you consider the long-term health and financial impact, it’s a good investment.”

Roa did note that the study only included food costs from supermarkets, and the only states and countries analyzed were those in which food and living costs were fairly high. He said it would be interesting to do another study that looked at the cost of restaurant eating and the cost of healthy and unhealthy diets in lower income areas.