After months of speculation, the Danish Royal Twins’ names were revealed during their Christening Ceremony service in Copenhagen. 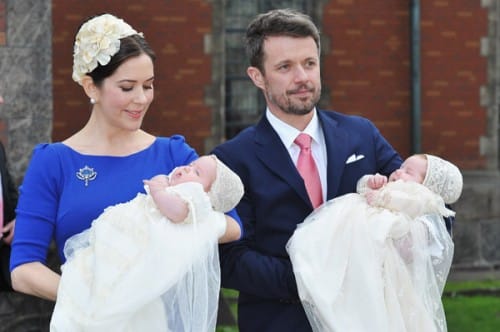 The babies, who were born on January 8, are the third and fourth children for Mary and Crown Prince Frederik, and are siblings for Prince Christian, five, and Princess Isabella, who turns four next week.

After the ceremony, which was broadcast live on Danish TV, the royals and guests attended a reception at Amalienborg Palace, the home of the royal family. Family and friends were also scheduled to attend a banquet dinner at the downtown Renaissance-style castle.