Let the Royal tour begin!  The Duke and Duchess of Cambridge were photographed stepping off the Royal New Zealand Air Force jet after arriving in New Zealand with their eight-month-old son Prince George. 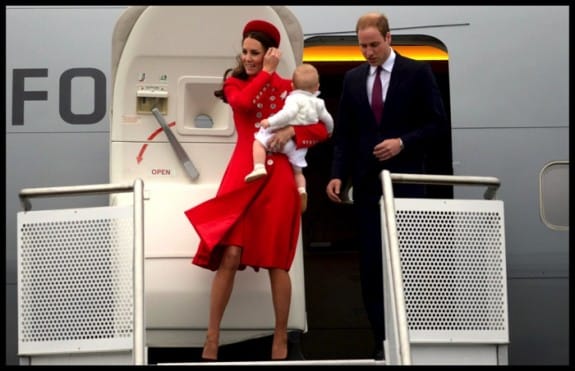 Kate was beautiful in a red buttoned-up red coat, Max Mara wrap dress, Manolo Blahnik heels and a pill-box hat, a look the echoed Princess Diana’s ensemble when she visited the country in 1984.

The outing was only the second time George has been seen out in public since his July 22nd birth.  He was cute in a white jumper with a cream sweater and matching soft soled shoes, and faced the crowd as his parents departed the plane. 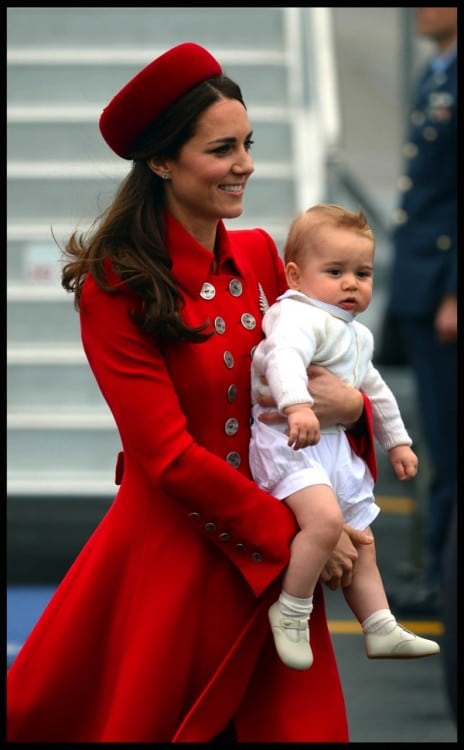 The family will visit New Zealand and Australia for three weeks where they will stay in Wellington for nine days before moving on to Sydney, Canberra and Brisbane.

With no engagements scheduled for today the couple will have some time to recuperate from their 30 hour journey.

On Wednesday,  Prince George will accompany that to an event attended by nurses, parents and young children from the Plunket parents’ group.