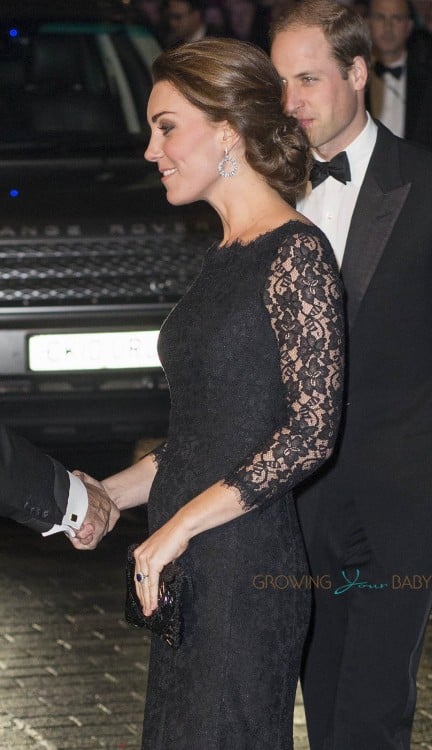 The Duke and Duchess of Cambridge were welcomed to the historic venue by Andrew Lloyd Webber and wife Madeleine Gurdon, before meeting members of boy band One Direction. 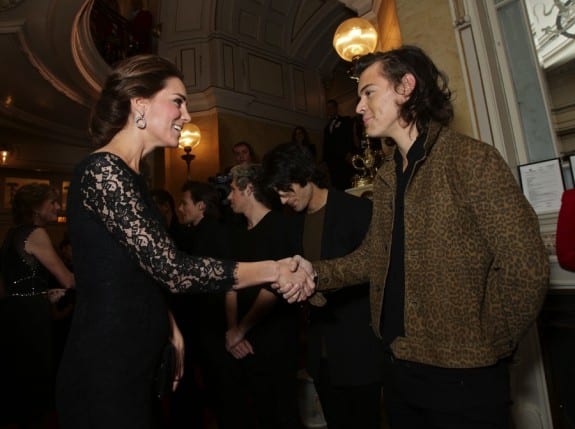 Afterwards Harry Styles told the media, ‘I said congratulations on the bump,’ adding that she ‘didn’t look bumpy’.

On Friday the palace announced that Kate and William with make the trip across the pond to visit the USA between 7th and 9th December 2014.

Their Royal Highnesses will travel to New York for a programme of engagements which will also see The Duke visit Washington DC for a day, while The Duchess remains in New York.   This is the first visit by either to both New York City and Washington, D.C. in any capacity.

The Duchess of Cambridge will carry out two engagements in New York.  She will visit to a local child development centre before attending a lunch, hosted by the British Consul General in New York, to celebrate the achievements of a successful British community in New York from the culture, arts, hospitality and business sectors.

In addition, The Duke and Duchess will also visit the National September 11 Memorial and Museum at the World Trade Center to pay their respects, attend an NBA Basketball game to help launch a new collaboration between the Royal Foundation, United for Wildlife and the NBA and attend an event celebrating the wealth of British talent in the creative industries based in New York.

With their schedule completely packed with events and appearances, we hope that Kate’s little bundle is up for the trip!  It was not revealed if prince George will make the trip.  But we will see in just a couple weeks!