Home » The Hottest New Pet – A Micro-Pig! Would you? 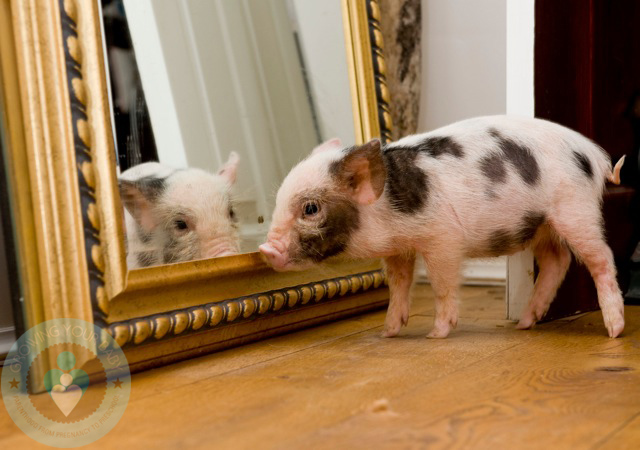 I have come across a couple articles lately that hail the micro-pig as the new ‘must-have’ pet for families.

Cleaner and more intelligent than dogs, these tiny have become the celebrity’s pet of choice. In fact Denise Richards has 2!

Small enough to sit on your lap, and sweet-natured enough to let you tickle their chin, these designer pets are believed to be easy to toilet train, and have hair not fur, so they are great for children with allergies.

Enthusiastic micro-pig breeder Chris Murray, calls his pigs ‘loyal and affectionate, they are also clever, and the relationship you can build with them is so rewarding.’ 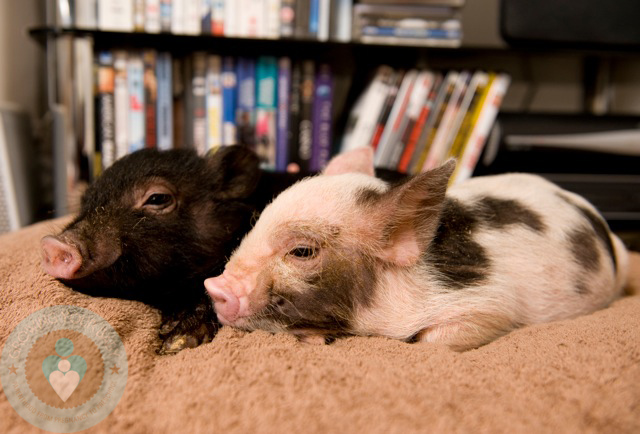 He started started cross-breeding pigs 18 years ago, applying the knowledge he learned at agricultural college – but with a twist.

‘Instead of breeding them to be bigger, I bred them to be smaller. But it wasn’t just their size that was important, it was also their personalities and temperaments,’ he says.

‘If you wanted to have a hog roast, you wouldn’t choose a Pennywell pig. They don’t have much meat on them. But as pets, they are superb.’ 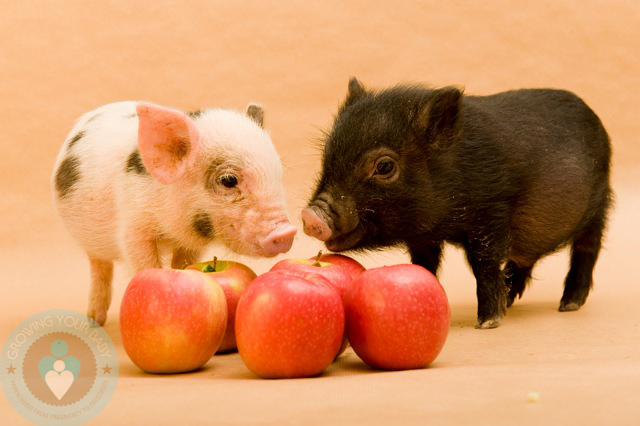 While I love the look of these little guys, I’m pretty sure they may be more work than I can personally handle. PLUS they wouldn’t protect us if someone broke in, which is one of the main reasons why we have a dog.

Years ago, friends of ours bought a pig, with the promise that it would not get any bigger than a small dog. Six months and 100lbs later, they realized that the breeder was wrong and they were stuck with a massive pig that ate more than their kids.

This and the fact that pigs sleep on a straw bed, that needs to be changed every day make me think that these tiny swine should probably stay on the farm.

What do you think? Would you ever get a micro-pig as a pet?