Home » The Jolie-Pitts Arrive at LAX

In a rare sighting the whole Jolie-Pitt family was photographed arriving at Los Angeles airport on Saturday afternoon. Angelina led the crew while holding hands with her daughters Shiloh and Vivienne.  Brad walked behind his family alongside sons Maddox and Pax, with Zahara and Knox sandwiched in the middle. 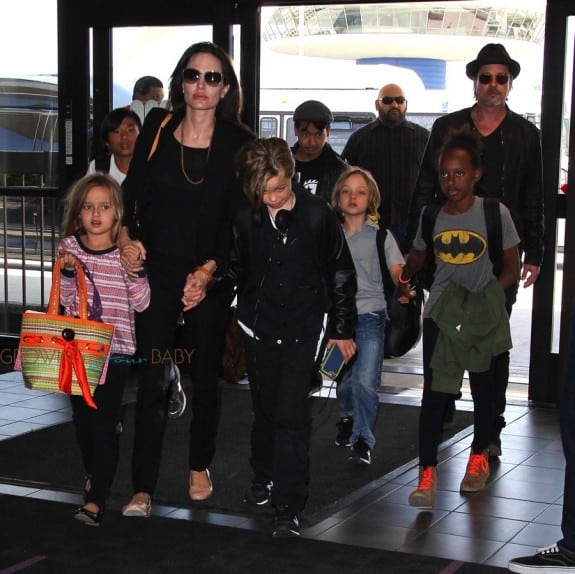 Each kid wore a backpack with the exception of Vivienne, who carried a straw tote with an orange ribbon on the front. 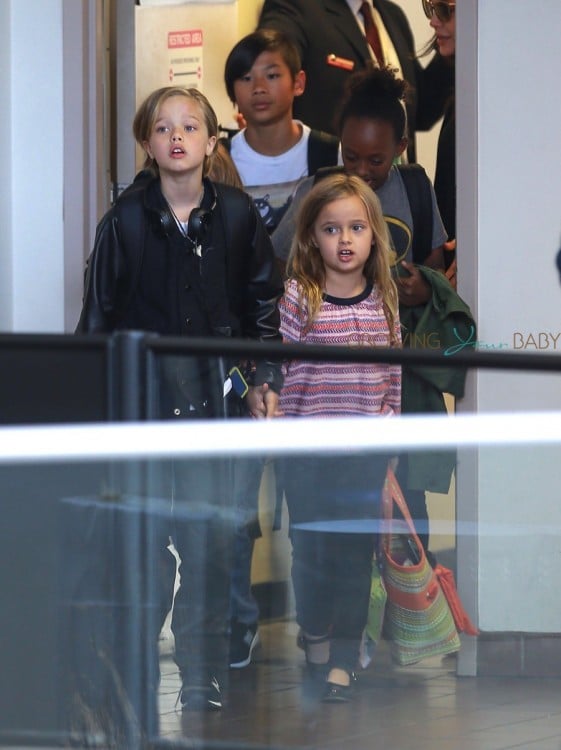 For the past month the family has been hanging out in LA. Brad and Angelina were even spotted a couple times at the field being soccer parents.

It was a big week for Angelina, who celebrated her 40th birthday on Thursday.  Always stylish the actress wore her signature black shirt and black pants, which she accessorized with a classic Louis Vuitton duffle bag. 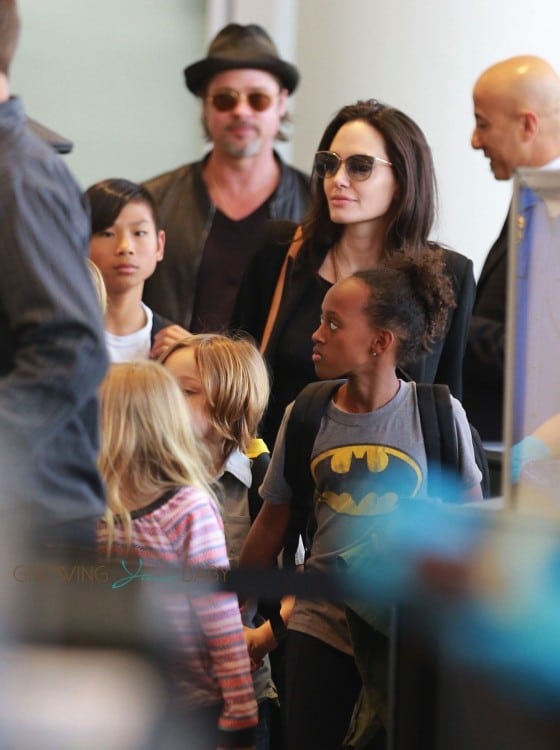 Brad filmed The Big Short in New Orleans in April, and will produce The Lost City of Z which stars Sienna Miller, Charlie Hunam and Robert Pattinson.  That movie is scheduled to start production very soon in Belfast and Columbia. Could the family be headed to Ireland? We’ll know very soon!