It’s hard to believe that it’s been 7 years since Brad Pitt and Angelina Jolie welcomed their twins Knox and Vivienne!  To celebrate, the whole family visited Iceland skating center in Van Nuys! 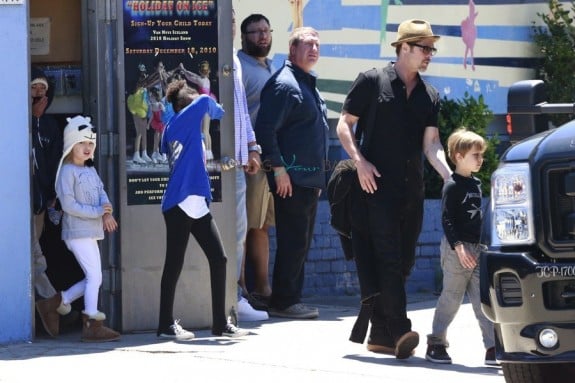 The couple was spotted leaving the entertainment facility with the birthday boy leading the pack. 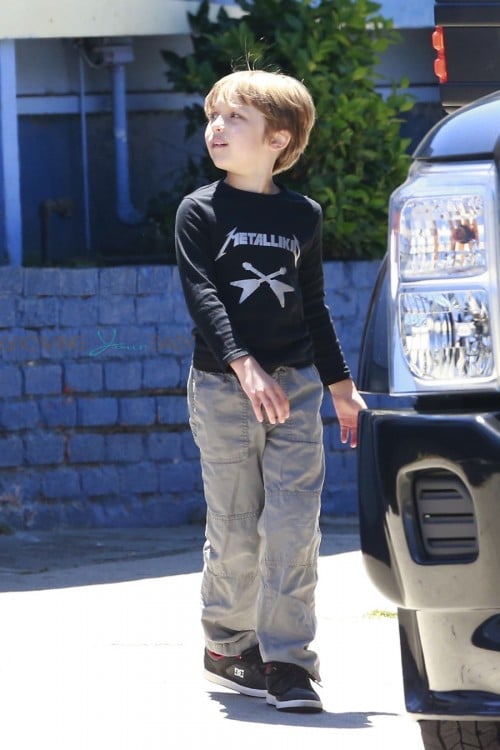 Keeping warm in the ice rink, Pax wore a knitted hat with a ‘beard’, while Vivienne wore a Panda hat. 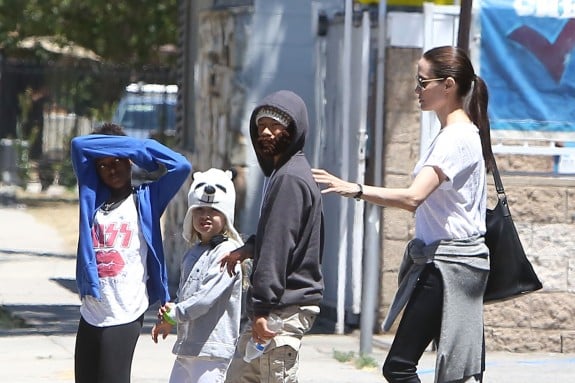 A source told US Magazine,

“They rented a bus and headed for an afternoon of ice-skating at Iceland Ice Skating Center,” adding that the family was joined by a few of Vivienne and Knox’s pals. “Knox and Viv were bundled up with snow hats and mittens. They were really excited about it.”

“Everyone skated for about two hours and they tried out special bumper cars on the ice.  They were spinning around getting dizzy and had a blast. Some of the kids were holding hands as they skated and it was really sweet.”

Just a couple days earlier Brad and Angelina were spotted at Toys R US with Pax and Shiloh, possibly ordering presents for the big day. 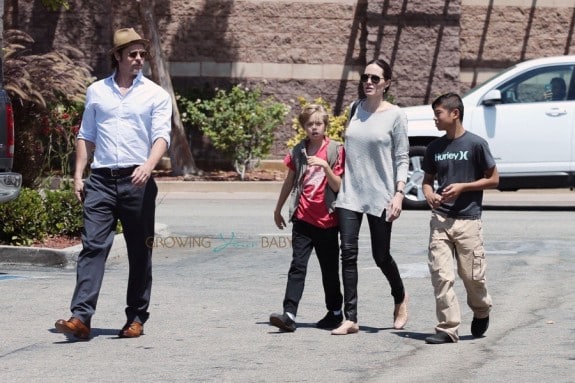