Home » The Kardashian Sisters Shop Together in LA!

Kim, Kourtney and Khloe Kardashian were spotted enjoying a girl’s day out after some meeting in Sherman Oaks, California on Thursday(May 31). 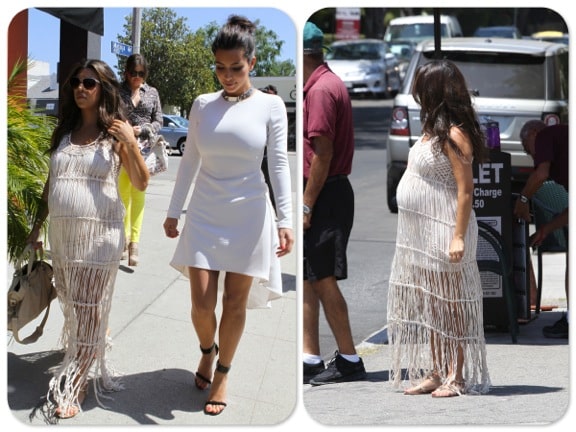 While filming their show ‘Keeping Up With The Kardashians‘, the sisters met with Sears, had lunch at Stanleys Restaurant, desert at Sweet Hearts Ice Cream and then went shopping for a fish tank.

Just a few weeks off her delivery date, Kourtney dressed her growing belly in a fitted mini dress that was covered by a dress that appeared to be knitted with rafia. In recent weeks, she has ditched her pumps and is wearing flat gladiators, which is probably better as she is still running around after her son Mason, while prepping for the arrival of her little girl. 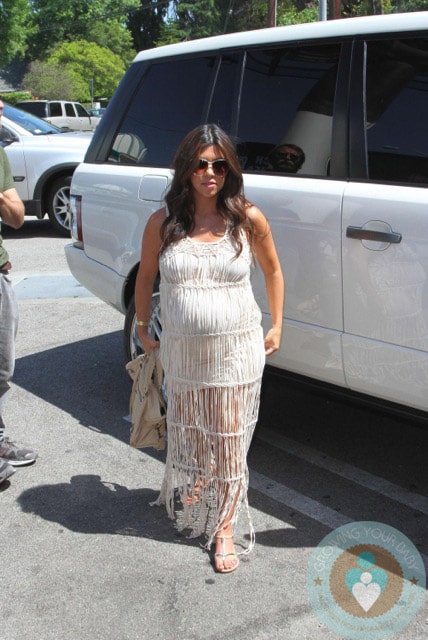 Rumors are once again swirling that Kourtney and her long time boyfriend Scott are on the outs.  OK! Magazine reports that he showed up intoxicated to a May 6th brunch at Kris Jenner’s house.  The couple reportedly had an argument and she asked him to leave.  He is said to have rented an apartment nearby and has been living there for the last few weeks.

I am, however, taking the report with a grain of salt as the couple has been spotted a couple times over the last few weeks at the park with their son Mason and one of those visits was the day of the alleged blow up.