While his wife Kim is off doing business in Dubai, Kris Humphries spent some time out at the Central Park Zoo with his nephew Mason and sister-in-laws Kourtney and Khloe Kardashian yesterday. 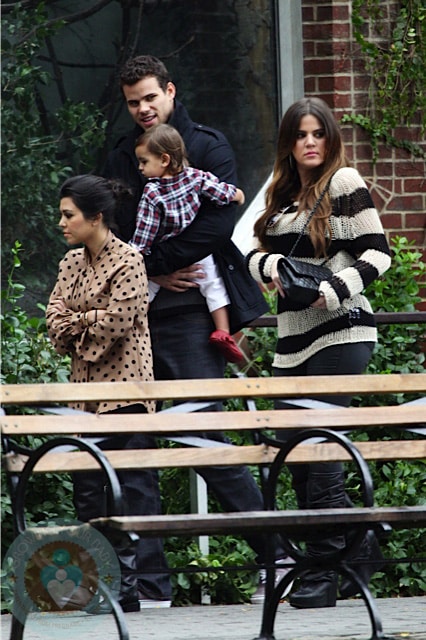 In NYC filming Kourtney and Kim take New York, the reality starblogged about the outing saying,

Khloe, Kris, Mason and I went to the Central Park Zoo! What a charming place right in the middle of the New York City craziness! You would never imagine such a place existed amongst all the tall buildings and people, but it does and thankfully so! The Central Park Zoo had such character and life. My favorite animal was the polar bear. He was so much bigger than I would have thought. I could have stared at him for hours.