The Kardashian girls continued their tradition of celebrating their kids birthday at Disneyland on Tuesday!

Kim and Kanye were photographed enjoying the rides with their daughter North, who turned 3 on June 15th. 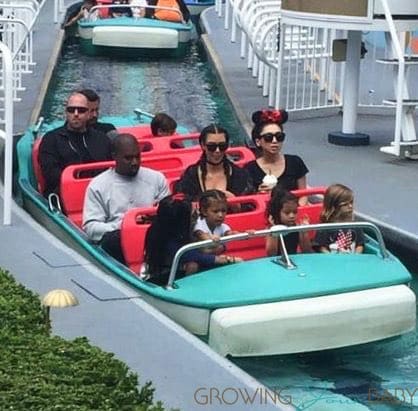 The couple was joined by Kim’s sister Kourtney, her estranged partner Scott Disick and their oldest kids Mason and Penelope.

North sat on Kourtney’s lap as their floated through the park on a ride.  Scott and Mason were separated from the group by the family’s security guard. 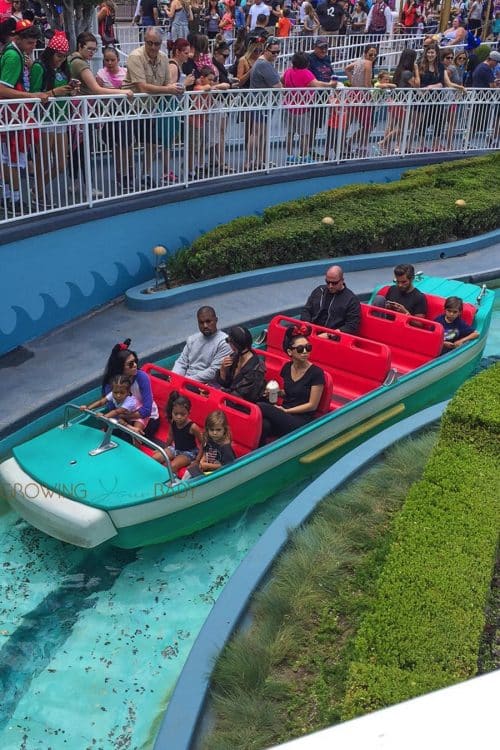 Later, Kim posted a photo thanking Disneyland for making North’s birthday so special.  From her hair, it appears that the girls had an afternoon appointment at the Bippity Boppity Boutique.  So sweet! 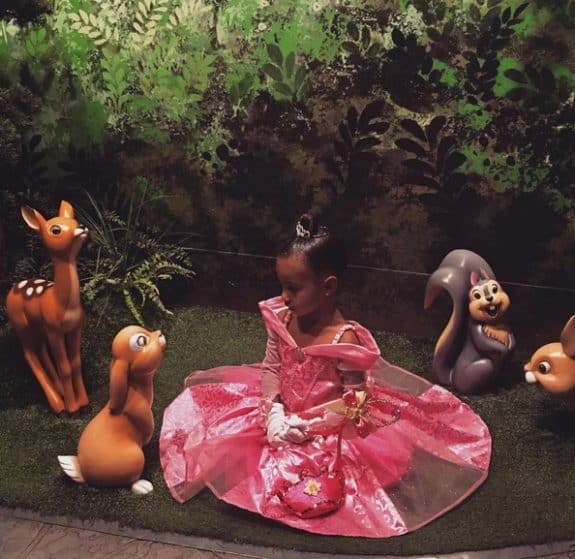