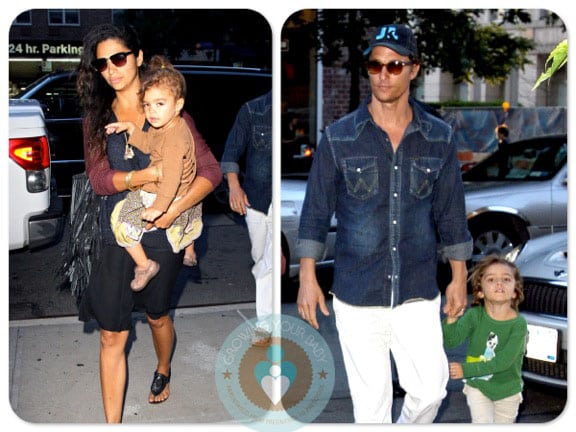 The family is in town while Matthew promotes his new movie Magic Mike. In the film he plays a male stripper named Dallas. For the movie he gets down to his skivvies and even gives an on-stage performance. Not a part he usually plays, Matthew admitted to Parade.com that he was very nervous.

‘Before I had to go onstage to dance and in front of everyone live, it’s kind of nerve-wracking. And then having to strip down, it’s very nerve-wracking.’

Thankfully Camila was there to give him a bit of support.

“My wife now, [she was] my girlfriend at the time, actually showed up and snuck in quite a few days [on the set] and gave me a thumbs up,” the actor said. “She said ‘Go for it, baby.’ So she’s gonna like it.”

And so will we! The actor looks incredible in the previews for the movie. I can’t wait to see it in theaters this weekend.