Gwen Stefani and husband Gavin Rossdale were spotted spending time with their boys over the weekend in NYC.

In town for the U.S. Open, the couple each spent time with their boys separately and then re-united to watch Roger Federer’s win over Jurgen Melzer yesterday afternoon. 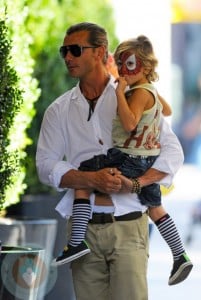 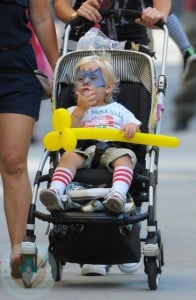 During their spin around the city, Kingston and Zuma got their faces painted in Central Park.   Kingston is cute as Spiderman, while Zuma played it coy as Batman.

Even though Gwen owns every luxury stroller on the planet including the custom made 2010 Bee that Zuma is in, she still pushes Kingston in a no frills cheapie. Convenience over beauty?