He may only be 6 weeks old but Apollo Rossdale is already living the life!  The infant was photographed on Saturday, along with his family, boarding a private plane at Los Angeles Airport. 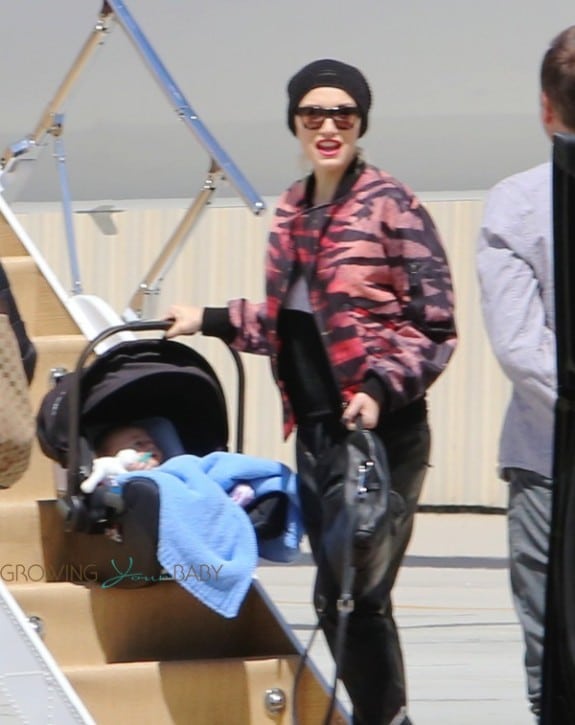 Wanting to remember the moment, Gwen took a picture of an assistant holding the baby on the steps of the plane.

A pro, Kingston hopped right onto the plane, with iPad in hand.  Five-year-old Zuma(not pictured) wasn’t far behind, also clutching an iPad. 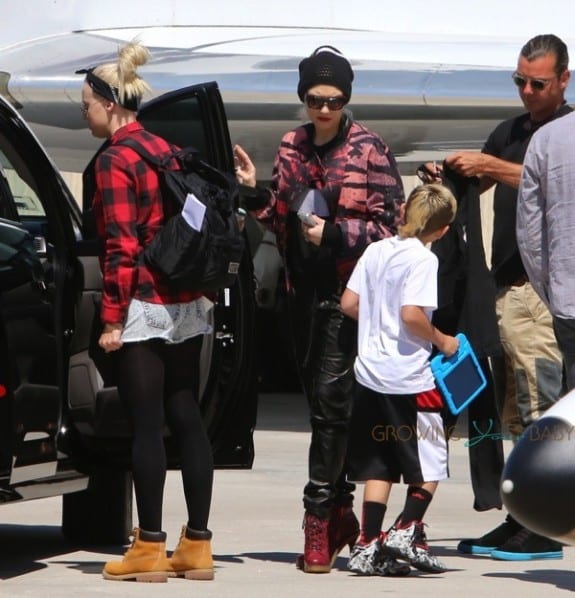 It has been a few years since Gwen has needed to buy baby gear.  This time around she chose the Nuna Pipa Infant seat for her baby.  Well known for having the coolest baby gear on the planet, we can’t wait to see what stroller she has customized this time around.

The family was headed for Vegas, where Gwen and Gavin celebrated the one year anniversary at Hakkasan inside the MGM Grand.  They reportedly had dinner with her family before partying the night away with Tiesto and Questlove. 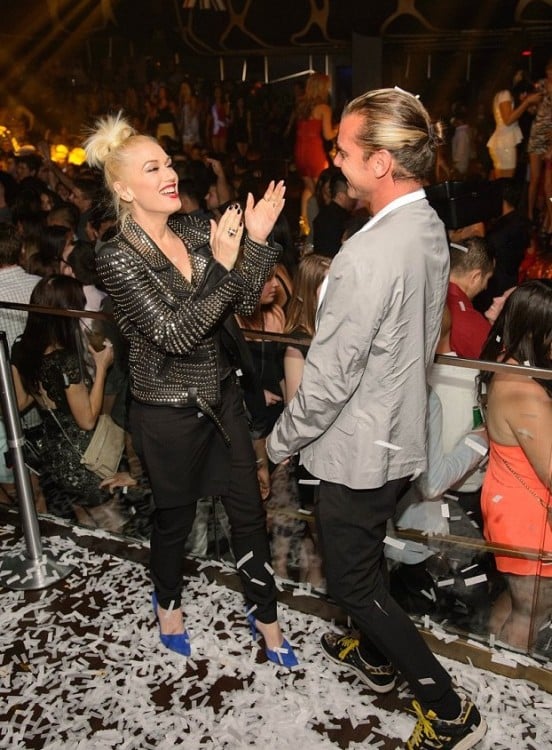 Two weeks ago Gwen surprised the crowd at Coachella when she performed Hollerback girl with Pharrell. The pair will also be re-united when they both serve as judges on The Voice for the seventh season.

A new baby, new gig, and possibly a new album?  Whoever said that motherhood slows a woman down, has never met this busy lady!