The Royal family assembled in London this morning for the Trooping the Colour, a ceremony to honour the Queen’s official birthday.

The palace reports that, although The Queen was born on 21 April, it has long been the tradition to celebrate the Sovereign’s birthday publicly on a day in the summer, when good weather is more likely. 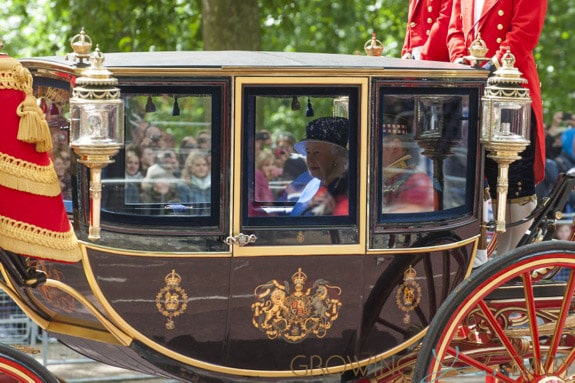 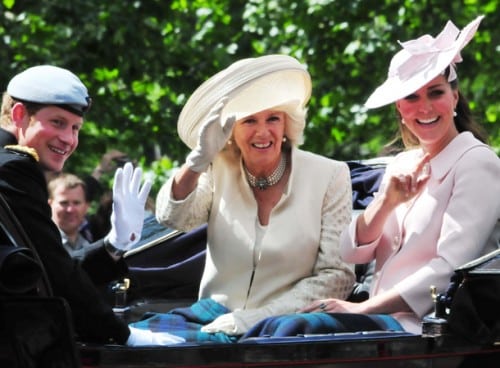 At the ceremony, Catherine (Kate) Middleton, was joined by her husband Prince William. 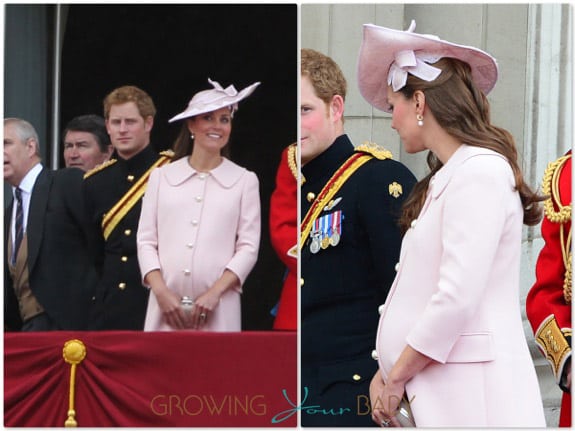 The event marks the last public appearance Kate will make before she welcomes her first child in July. On Thursday she was in Southampton for the naming of the Royal Princess.

Kate was beautiful in an Alexander McQueen outfit and a gorgeous Jane Corbett hat, which we have seen her wear in the past

More than 1,000 soldiers and horses took part in the parade, which was also attended by thousands of  well-wishers who are selected by ballot in March. 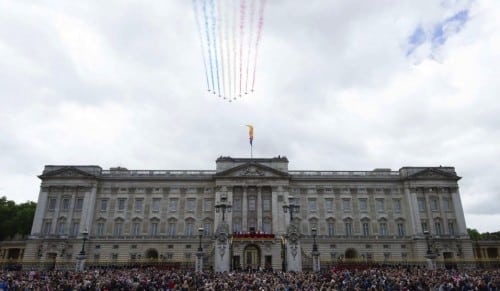 Not in attendance at the event was the Queen’s husband, Prince Philip, who has been hospitalized following abdominal surgery this week. After the ceremony Queen Elizabeth changed into a lighter blue suit and visited him in the hospital. 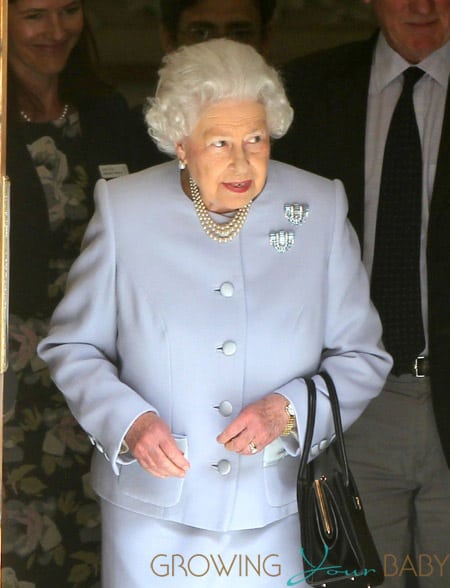