Home » The Schreibers Hit The Market For Mother’s Day

It was a beautiful California day for Naomi Watts, Liev Schreiber and their boys Alexander(Sasha) and Samuel.  The family was spotted biking down to the local farmer’s market to get Mother’s Day flowers and fresh produce on Sunday.  While there they sampled some strawberries and picked up a bag of kettle corn. 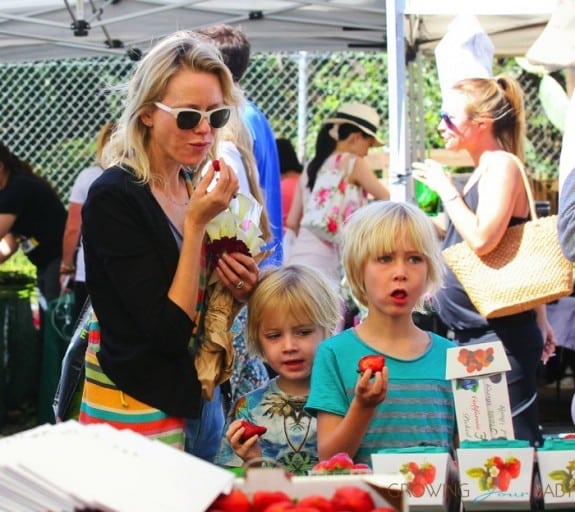 On the way home the boys munched on the fruit they picked while relaxing in their bike trailer. 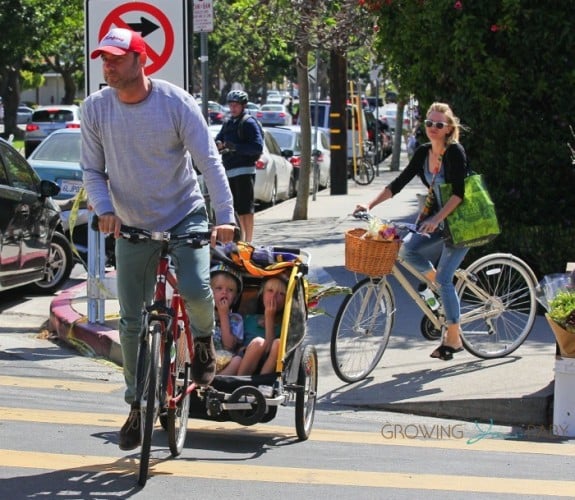 The family, who normally calls New York City home, has been living the Californian life while Liev films his show Ray Donovan, which will kick off its second season July 13th on Showtime.

But the biggest news for the couple may be that there could be wedding bells on the horizon for them.  After nine years together, and two kids, they are reportedly considering making it official!

“While Naomi and Liev have had their ups and downs, including a cancelled New Year’s Eve wedding right before 2008, they’ve finally worked out their differences and are rethinking marriage,” a friend of the pair recently reportedly told RadarOnline.

In the past both have been vague about the subject with Naomi saying,

“We’re very much together. We just don’t have that certificate and that’s okay with both of us. Maybe we’ll wake up and go, ‘Hey, let’s do this.’ And maybe not.”

“Naomi and Liev are more in love than they’ve ever been and are definitely serious about getting married,” the source said. “It’s a big step after all this time, but they’re ready to marry.”