Naomi Watts and husband Liev Schreiber were seen cooling off in the pool along with sons Alexander Pete and Samuel Kai in Amalfi, Italy yesterday.

It’s nice to see that Naomi has recovered from her in-flight fall on board the flight to Naples. 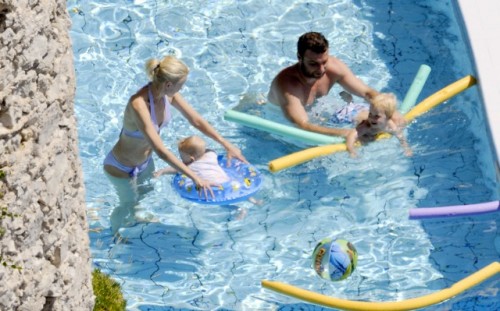 The mom-of-two made a less than glamorous touchdown with her eldest son Sasha catching a ride on her lap as she was pushed in a wheelchair from the plane by airport staff.