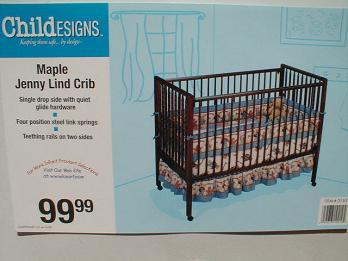 The U.S. Consumer Product Safety Commission (CPSC) is announcing the recall of all Generation 2 Worldwide and “ChildESIGNS” drop side cribs. CPSC is warning parents and caregivers who own these drop side cribs that infants and toddlers are at risk of serious injury or death due to strangulation and suffocation hazards presented by the cribs. CPSC staff urges parents and caregivers to stop using these cribs immediately and find an alternative, safe sleeping environment for their baby. Do not attempt to fix these cribs.

The crib’s plastic hardware can break which can cause the drop side of the crib to detach from a corner of the crib. When the drop side detaches, it creates a space into which an infant or toddler can roll and become wedged or entrapped. When a child is entrapped between the drop side and the crib mattress, it creates a risk of suffocation or strangulation. In addition, the crib’s mattress support can detach from the crib frame, creating a hazardous space in which an infant or toddler could become entrapped and suffocate or strangle. 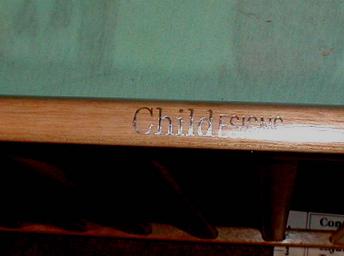 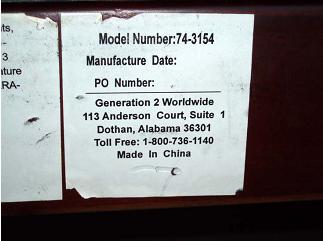 In addition, CPSC has received 8 reports of mattress support detachment in these cribs. Due to the space created by the detachment, three children became entrapped between the crib frame and the sagging mattress and four children crawled out of the crib. There was one report of cuts and bruises.

The name “Generation 2 Worldwide” appears on a label affixed to the crib’s headboard or footboard. Some labels identify the place of manufacture as Dothan, Ala. Others identify China as the country of manufacture. The name “ChildESIGNS” appears on the teething rail of some of the cribs.

The recalled cribs were sold at numerous local furniture and retail stores including Buy Buy Baby, and Kmart and Walmart stores nationwide for between $60 and $160. Consumers should contact the store from which they purchased the crib for remedy information, which will vary between a refund, replacement crib or store credit, depending on the retailer. Consumers are urged to contact CPSC and report any difficulties in obtaining a remedy from their place of purchase.