In a tragic and twisted adoption triangle, three Des Moines, Iowa mothers are left mourning their infant son this week, while the teen father has been arrested and charged with neglect. Seventeen year-old Drew Weehler-Smith was taken into custody on Tuesday evening after it had been discovered that he had left his son, Gabriel McFarland, alone. 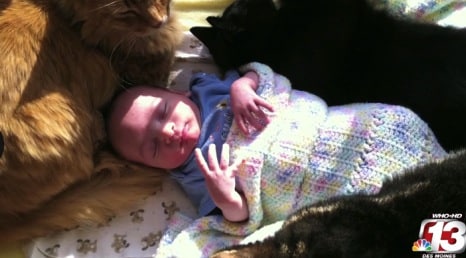 The infant’s sixteen year-old mother, Markeya Atkins, had left the child in the care of Weehler-Smith while she was out running errands. 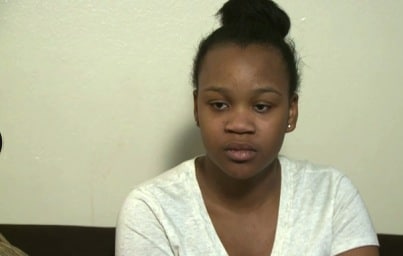 Even though the couple didn’t live together Marekya felt comfortable leaving the baby with his dad.  That night, however, a friend of hers stopped by and noticed something was ‘off’ about Wheeler-Smith and called Mareyka and told her to come home.  When she arrived they noticed Wheeler-Smith driving away without the baby.  Inside the apartment the pair found Gabriel unresponsive.

“He was foaming out of his nose and his mouth and he was kind of pale,” Friend Siobhan Williams said. “His clothes were wet when you touched them. Markeya started screaming asking him to wake up.”

Paramedics were called and Gabriel was rushed to the hospital, where he later passed away. Weehler-Smith was later arrested at his mother’s home, with additional charges pending, following an autopsy.

Gabriel’s death isn’t just heartbreaking for his birth mother, but for another Iowa couple as well. Ankeny, Iowa couple Heidi and Rachel McFarland were the loving parents of Gabriel for two-and-a-half months. The couple had made an arrangement with the sixteen year-old mother in September of last year, to adopt the baby. Both women had been there each step of the way for the teen, even supporting her financially and accompanying her to every doctor’s appointment. 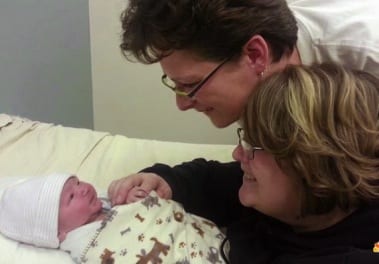 The couple had repeatedly asked the sixteen year-old if she was absolutely certain that she wanted to give up her baby to them. They say that she always replied ‘yes.’ After Gabriel was born, the McFarlands took him home with them, to a beautiful new nursery created just for him. He lived there until March 13th, when they received a phone call that shook their world.  The baby’s  birth mother decided she wanted her son back. Unfortunately, there was nothing that could be done, and like that, their son was gone. The state of Iowa has approximately three months and one additional thirty-one day probationary period, where the birth mother can change her mind about giving up her child.

Gabriel had been born deaf in one ear, and the McFarlands had gotten Gabriel fitted for a hearing-aid, as well as learning sign language, should he have lost hearing in his other ear.

Now they mourn the loss of a baby they will never be able to cuddle again.  His room remains as it was in the McFarlands’ home, with many memories of his days with them still where they were when he left.

The pair haven’t lost hope and dream that a child will one day live in that room.