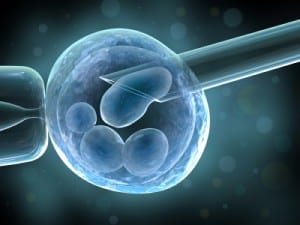 Last year, HEFA (the Human Fertilization and Embryology Authority) was asked to review two different techniques for three-parent in-vitro fertilization – an in vitro process where the mother’s egg, a donor’s mitochondria and father’s sperm are used to produce one child. The purpose of the procedure is to try and eliminate mitochondrial disease, a condition with numerous health complications that affects an estimated 1 in 200 children. This condition can result in a number of adverse health complications, including heart failure, weakness, blindness, seizures, loss of motor control and death.

After looking over the information, HFEA determined that either procedure could help eliminate mitochondrial disease. Unfortunately, there are still some safety concerns and it is still uncertain whether or not the technique would actually result in a healthy baby. For this reason, HEFA has determined that more studies need to be done on mitochondrial donation before an approval for general IVF use can be given.

To make the process work, researchers need to successfully create a fertilized egg that contains donor mitochondria, a mother’s nucleus and a father’s sperm. The mitochondria, located within the cell’s cytoplasm of the egg, are specialized genetic compartments found within all of the body’s cells. They supply 90% of the body’s energy for life and growth. While mitochondria contain some genetic material, the nucleus is the genetic core of a cell and it contains the majority of the mother’s to-be-transferred genes are found. The father’s sperm contains the father’s to-be-transferred genes.

The Oregon Health team has been working on the first procedure. For their study, they replaced the mitochondrial DNA of 65 eggs from seven women who volunteered to participate. Over the next week, researchers watched these eggs closely to see how they developed. The overall fertilization rate of the donor eggs was comparable to the fertilization rate of the 33 control eggs, which had not received donor mitochondria. While this is good news, researchers found abnormal qualities in over half of the eggs that had received mitochondria from a donor.  Still, those that did fertilize successfully developed normally to the blastocyst stage – the stage at which eggs are generally implanted into the mother’s womb – over half of the donor eggs fertilized developed abnormal qualities.

Dr. Masahito Tachibana and his colleagues say that their study shows the technique could work in a lab. However, the results do not give a clear indication on whether or not the procedure could result in a healthy baby. He and his colleagues are now planning to conduct further studies to determine the safety and potential success rate of their procedure. Unfortunately, not everyone is as convinced that the procedure will work in a clinical setting.

“It is exactly the sort of science that the HFEA expert committee recommended needing doing, and demonstrates further the feasibility of this technique,” said Professor Peter Braude, Emeritus Professor Obstetric and Gynecology, King’s College London. “However, it is still a long way off ready for human use. Only one in five of the original eggs obtained fertilized normally and made it through to the implantation stage. This would mean that, in order to be certain of getting embryos that might be suitable for transfer, around 12 eggs might be needed, not always possible in an IVF procedure.”

UK expert professor Mary Herbert of Newcastle University, who has also been studying the potential of three-person in vitro fertilization, called the findings “encouraging.” She believes, however, that the technique she is using, the procedure in which the nucleus is taken from an already fertilized egg, will provide better results.