There is no denying that kids of the current generation are incredibly tech savvy. That skill came in handy on Tuesday when police in Ogden Utah needed help finding a little boy who was in the back seat of a vehicle that had been stolen. 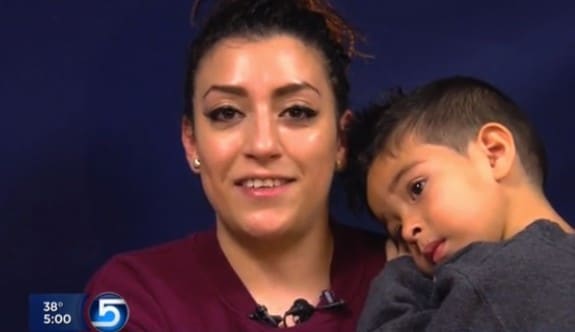 Elizabeth Barrios was dropping one of her children off at daycare when a thief jumped in a drove off in her car with her phone and her three-year-old son Aiden in the back.

In an attempt to make contact with someone on the vehicle, police officer Mark Smith called Elizabeth’s phone and her son answered while the car jacker was still in the car. 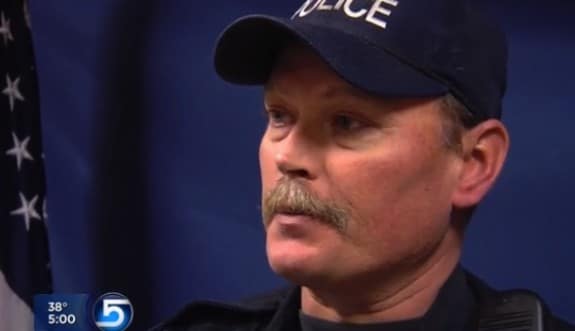 “He was just telling me, ‘The guy’s going through your purse, he’s getting your purse,’ and I was like, ‘It’s OK, stay calm. Just sit in your seat. Everything will be OK.’ He just sat in his seat until the guy left, told me the guy left. And the officer then instructed me to tell him to get into the front seat, lock the doors and start honking the horn until somebody finds him,” the shaken mom told KSL.com

“He was scared, he was crying. He kept repeating that he loved me. But he was brave enough to do what he did, ” Elizabeth recalled.

The brave little boy was found a few blocks away. The car was parked at the side of the road. Ogden Police Department Officer Tim Scott said,

“One of the officers who remained in the area was alerted to the sound of a honking horn that ended up bringing his attention to the vehicle and they found the vehicle parked curbside.”

“It just scared me so much because I mean at that moment he could have hit him. He could have told him to stop telling him where we were or what he was doing. It was just scary– a million thoughts running through my head. I’m glad he’s safe and he was brave enough to do what he did,” Elizabeth told the media.

The little boy is now safe and police are warning parents to not leave their children unattended while their vehicle is running. Two other vehicles in the area were reported stolen as they warmed up.